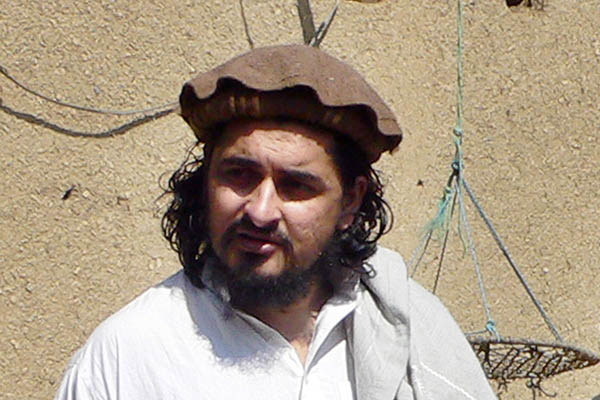 Pakistani Taliban leader Hakeemullah Mehsud on Wednesday said he was still open to peace talks, but that the government has not taken any serious steps to start a dialogue.

Mehsud, who has a $5 million U.S. government bounty on his head, said he would continue to target the United States and its allies and reiterated the demand that any ceasefire in Pakistan must include an end to U.S. drone strikes.

“We believe in serious talks and we are ready to sit down for them, but the government has not taken any serious steps,” Mehsud said in a rare video interview with the BBC at an undisclosed location in the northwestern tribal areas. “The government has not formally made any contact,” he said.

“There is a set procedure for talks, that if one is ready for talks with the other side then they sit with each other and discuss the matters.”

The main Pakistani political parties last month backed a government proposal to seek negotiations with the militants, who have been waging a bloody insurgency against the state since 2007.

The umbrella Tehreek-e-Taliban Pakistan (TTP) faction responded with a list of preconditions, including a government ceasefire and the withdrawal of troops from the tribal areas along the Afghan border where the militants have hideouts.

But ongoing violence, including a recent wave of bombings in Peshawar that killed more than 140 people within a week, has prompted many to question the proposed negotiations.

The TTP, a loose coalition of militant groups led by Mehsud since 2009, is blamed for killing thousands of people in its war against the Pakistani state in recent years. But Mehsud told the BBC he was not behind the recent deadly attacks.

“Secret agencies are involved in the recent blasts in public places. It is a conspiracy to defame the Taliban and to stop public support,” he said while vowing to continue fighting the U.S. and its allies. “We have targeted infidels, the friends of America and those who follow the system of the infidels … and will target them in future.”

He also reiterated comments made by a group spokesman last week that the TTP was ready for a ceasefire in Pakistan, but only if the U.S. ended its drone strikes in the country.

Was this guy not supposed to have been killed in a US drone attack??? It sis true that we cannot negotiate peace unless the US ceases the Drone attacks!! But the irony is that US does not wish peace in Pakistan. It has been their long term game plan to break up Pakistan and now after half a century it seems to be nearing realisation.. and it is also beginning to appeal to our so called Middle Eastern friends because a fragmented Pakistan will be and asset when they attack Iran. Hence whatever is happening in Pakistan is all part of a grand design to break up this country. Sadly TTP are proving to be the enemy within and a part of this conspiracy. May Allah guide the misguided and may HE protect Pakistan.