No Decision on School Closures to Curb COVID-19 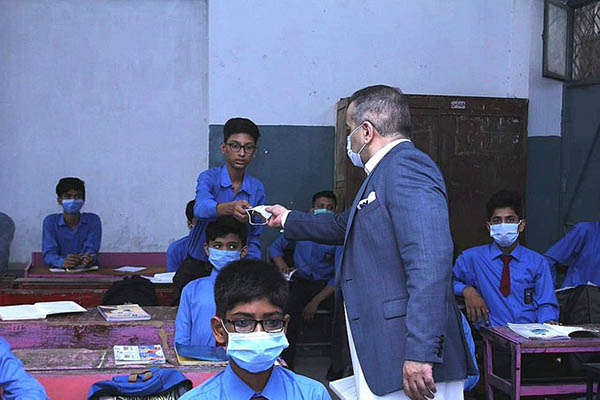 Meeting of education ministers decides to meet once again on Nov. 23

A meeting of the federal and provincial education ministers failed to reach any decision on whether educational institutions in Pakistan should announce early and extended winter vacations to curb the spread of the novel coronavirus amid an ongoing “second wave” of the pandemic.

“No decision made on closure of schools in Punjab today,” Punjab Education Minister Murad Raas announced on Twitter after the meeting at the National Command and Operation Center (NCOC). “Next meeting will be on Monday, Nov. 23, for further review of the COVID-19 situation. All options are being discussed. No immediate decision for now,” he added.

In a series of tweets, the Federal Education Ministry said that Federal Education Minister Shafqat Mahmood, as well as the education ministers of all provinces, had attended the meeting via vide-link. It said that the meeting had been briefed on the standard operating procedures being adopted in educational institutions to curb the pandemic, especially in light of the increasing cases of COVID-19 nationwide.

“A number of options were considered, including an extended winter vacation schedule, to curb the spread of coronavirus,” it said, adding that the provincial ministers had briefed the forum on the situation of their respective education sectors. “No final decision on holidays or school closures was made today at the Inter-Provincial Education Ministers’ Conference,” it said, adding that a final decision had been deferred till Monday, Nov. 23, when the forum would meet again at 11 a.m.

In a statement, the All Pakistan Private Schools Federation had announced that schools would not be closed, nor would there be any winter vacations. It said the the public should not listen to “rumors regarding closure of schools.”