No Drum Roll in D.C. 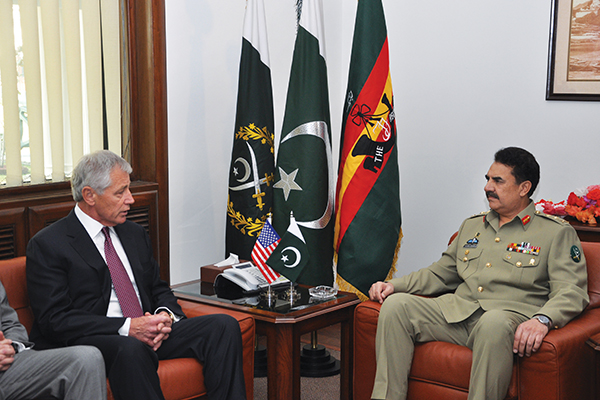 Gen. Raheel Sharif’s weeklong visit to the U.S. was his first as Pakistan’s Army chief. His meetings with Obama administration officials, including Defense Secretary Chuck Hagel, focused on the outlook for the region after NATO’s scheduled withdrawal from Afghanistan by year’s end. The visit sought to recover lost ground from the debacles of 2011 that have resulted in Pakistan having virtually no support in Congress. Sharif reassured Washington that, contrary to reports, the Pakistan military is targeting all militants, including the Haqqani network, in the ongoing Operation Zarb-e-Azb, which the U.S. State Department called “extremely important.” Sharif is also believed to have complained about cross-border skirmishes with India as distracting for the military, and he pressed for the continuation of Coalition Support Funds, without which the security of post-withdrawal Afghanistan will remain up in the air.

Will the General Hang?