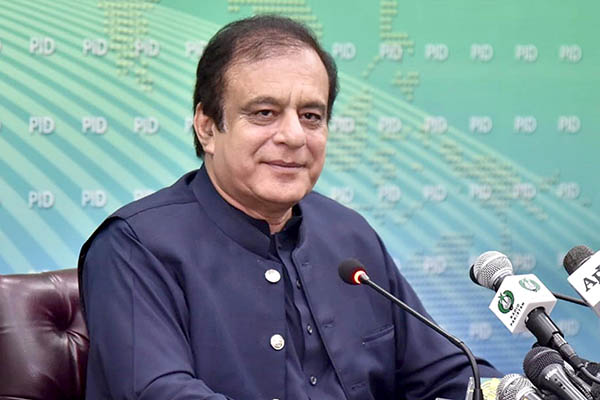 The federal government will itself utilize flood relief funds for rain-hit areas of Sindh over a lack of trust in the provincial government, Information Minister Shibli Faraz said on Tuesday.

Addressing a press conference in Islamabad after a meeting of the federal cabinet, he said that it had been decided that the funds allocated for flood victims in Sindh would be separate from the amounts announced for the development of Karachi. “We cannot give even a penny to Sindh for the flood victims unless we are told about the exact losses,” he said, adding that the National Disaster Management Authority (NDMA) had been tasked with estimating these losses so a comprehensive relief strategy could be formulated.

Faraz said that the cabinet had expressed concern over the loss of lives and property due to rains in various parts of the country, adding that the situation in interior Sindh was worse even than Karachi. He said the federal government would do whatever it could to provide relief.

The information minister said Prime Minister Imran Khan had said Karachi was the engine in the country’s economic growth and the federal government was committed to play its role in resolving problems of the city.

He said that Planning Minister Asad Umar had informed the cabinet that a policy on renewable energy, pending since April 2019, had finally been approved. He said the National Electric Power Regulatory Authority had also submitted its 2018-19 report as well as the State of Industry Report 2019.

To a question on the frequent reshuffle of police forces in Punjab, Faraz sought to blame the opposition PMLN—now out of power for two years. “Whoever doesn’t perform will be removed,” he said, ignoring how the prime minister had, just last month, praised the outgoing IGP for doing an “excellent job.”

To another question, he said the prime minister had taken notice of the ‘abduction’ of Securities and Exchange Commission of Pakistan official Sajid Gondal and directed authorities to ensure his speedy recovery. He was set free by “unidentified forces” a few hours later.

The information minister said the cabinet had approved increasing the network of Panagahs (shelter homes) across the country to facilitate the downtrodden and homeless. He said the government hoped philanthropists would come forward to fund similar homes, adding cameras would be installed in all shelter homes to ensure no one was disrespected and the quality of food was maintained.

He said the cabinet had also been informed that the government had released Rs. 1.6 billion in outstanding dues to media houses and hoped this would prompt them to pay the pending salaries of their staff.

The cabinet meeting approved expanding the purview of the cabinet committee on legislation and also approved a proposal to set up two new terminals of Liquefied Natural Gas at the Karachi Port.

According to the information minister, a proposal to launch a ferry service for Indian pilgrims had been approved, adding facilities such as immigration and customs would be provided by authorities at the ports.

The cabinet also approved extending Rangers’ deployment in Sindh for another year at the request of the provincial government and the establishment of the Capital Mass Transit Authority for Islamabad.

On the various issues facing residents of the federal capital, Faraz said the cabinet had constituted a committee, comprising the law minister, adviser on parliamentary affairs and a representative of the planning ministry, to end the ban on installation of new electricity and gas meters. He said the committee would submit its recommendations within 60 days in line with Islamabad High Court and Supreme Court rulings. “We are serious to solve electricity and gas issues … we have three seats from the capital,” he said, adding that any officials found responsible for the crisis would be held responsible.