No ‘Major’ Breakout of I.S. Militants in Syria: U.S. 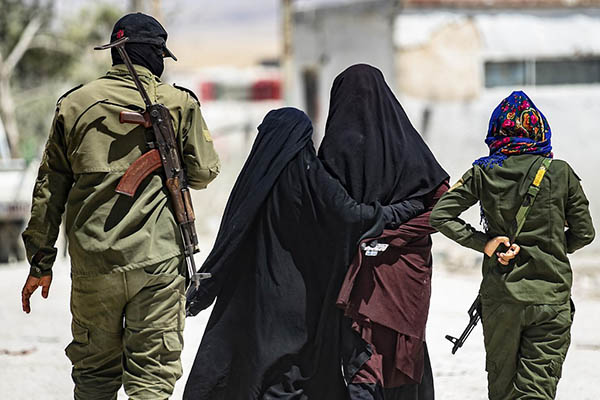 The United States is not aware of any “major” escape of Islamic State extremists since Turkey launched its assault on Syrian Kurdish fighters holding the prisoners, an official said on Tuesday.

“We haven’t seen any major successful breakout so far of the detainees,” the senior administration official told reporters on condition of anonymity. However, the official said that anywhere between 50 and 150 wives and children of Islamic State prisoners had escaped in the chaos after Turkish forces attacked last week. “We don’t know where they went. That’s one significant event there,” the official said.

“But of course, we don’t have the same ability to monitor this,” he said, acknowledging the reduced capacity of the United States as it withdraws troops on orders of President Donald Trump.

The official’s remarks appeared at odds with U.S. Defense Secretary Mark Esper who, criticizing Turkey on Monday, said the incursion “resulted in the release of many dangerous ISIS detainees.”

Turkish President Recep Tayyip Erdogan ordered the operation after Trump told him he was pulling troops who had served as a buffer between the Syrian Kurds and Turkey. But under heavy criticism, Trump slapped sanctions on Turkish officials and imposed retaliatory tariffs.

The official said that Vice President Mike Pence would head within 24 hours to Ankara to seek a ceasefire.

The Kurdish-led Syrian Democratic Forces led the U.S.-backed assault that crushed the Islamic State movement in Syria but Turkey links them to separatist militants at home and has vowed to crush them. Western powers are especially concerned over the fate of Islamic State extremists in Kurdish detention.

Trump, itching to leave Syria, has pushed European states to bring back militants who are their nationals and try them at home. But European governments have been reluctant to take in militants who may still desire to carry out mayhem at home.

Trump has mused on Twitter that Kurdish fighters may be deliberately releasing extremists to pull the United States back into the fight—a scenario also alleged by Erdogan. After Trump first spoke of pulling out in December, Kurdish fighters who enjoyed de facto autonomy warned that prison guards could be redeployed to fight Turkey.