Home Business No Money, No Gas

No Money, No Gas 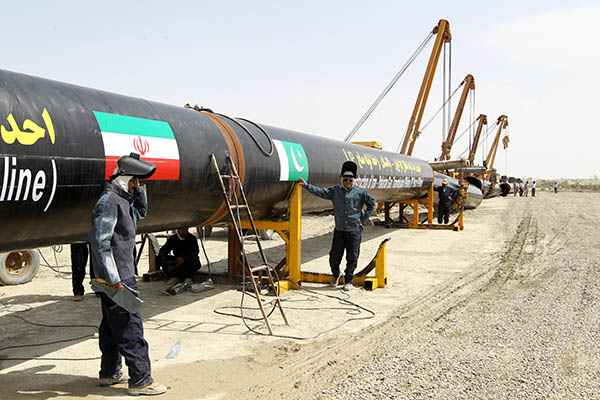 Tehran’s deputy oil minister says Islamabad must fund its own side of the Iran-Pakistan gas pipeline.

Iran’s deputy oil minister, Ali Majedi, said Monday that Pakistan must finance a controversial pipeline that would enable it to buy gas from the Islamic republic.

Majedi’s remarks come after Pakistan’s Oil Minister Shahid Khaqan Abbasi asked Iran to stump up $2 billion to finish the construction of the pipeline.

The $7.5-billion project launched in 2010 has drawn threats of U.S. sanctions and run into repeated problems, including major financing issues.

“We did not make such a commitment to help Pakistan with $2 billion for the construction of the pipeline,” Majedi said, quoted by Fars news agency. He argued that based on initial agreements each side “must bring its own share” in financing the project, adding the “Pakistanis need Iran’s gas and they should accelerate their work.”

Construction on the Iranian side of the border is almost complete, but Pakistan has run into repeated problems financing the 780-kilometer section to be built on its side.

Investors and other governments are reluctant to get involved in the project because of the threat of breaching international sanctions against Iran.

Once completed, the project which aims to ease Pakistan’s chronic gas and electricity shortages would allow Iran to export 21 million cubic meters of gas per day.

Iranian Oil Minister Bijan Zangeneh said last week he had “no hope” for the gas supply deal with Pakistan because of the financial problems.

Zangeneh’s comments prompted his Pakistani counterpart to insist the project would be completed and there was “no chance to abandon the pipeline project, because we need it.”