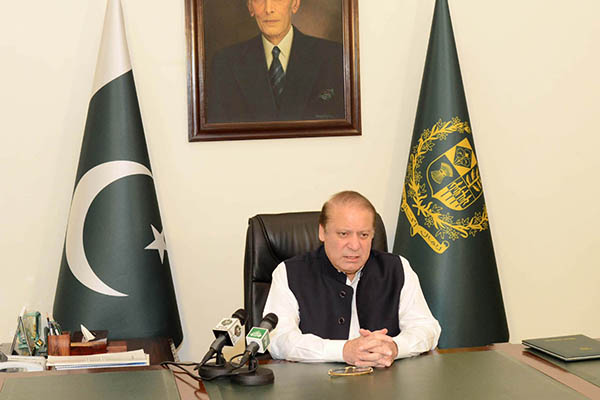 The Judicial Commission report has deprived Prime Minister Sharif of his excuse for nonperformance.

The much-awaited Judicial Commission report on the 2013 elections is out and widely available. In a country where governments are known more for burying than releasing reports, the active marketing of this one is more an act of political triumphalism than any desire to share information with the public in general.

That said, let’s consider the report, its circumstances, and the reactions to it.

There are three levels of analysis here. One deals with the findings of the report itself, the second to Pakistan Tehreek-e-Insaf’s allegations, and the third to the speech, made within hours of the report’s release, by Prime Minister Nawaz Sharif.

The commission, at the outset, lays down its remit in terms of what it can or cannot do. This is not just apropos of its three Terms of Reference, as is being argued, though that is central to the issue, but also with reference to what such a commission means and its mandate.

The commission makes clear that it was required to uncover the relevant facts and, to that extent, it is primarily an “inquisitorial fact finding body [sic] the main function of which is to uncover the truth [sic] by all means at its disposal as provided in the ordinance.”

So, while the commission could not be “straight jacketed” [sic] and made to work as if it were a court of law where two parties were locked in an adversarial contest, “the ground reality was that there were essentially two opposing points of view.” In the event, says the commission, it decided to proceed “in part on a quasi adversarial [sic] basis whilst remaining conscious of its inquisitorial nature throughout the proceedings, which reflected the reality of the situation.”

The report also concedes that in terms of the allegations of systematic rigging, all opposition parties—not just the PTI—were on one side, while the PMLN and the Election Commission of Pakistan were on the other. This makes obvious that whether or not any design could be proved (and, going by the report, it could not be proved), the fact remains that the allegations of rigging were not just proceeding from PTI’s ‘heat-oppressed brain’ but were largely shared by other political actors.

The report also mentions the haphazard manner in which the political parties were approaching the issue, which forced the commission to put together a questionnaire in light of the three TORs so it could proceed with some degree of clarity. From the report it seems that the exercise was not entirely successful but it did help to clear the way somewhat.

Interestingly, the commission makes clear that its mandate did not include looking into individual cases of rigging or maladministration, which were—and are—being separately dealt with by the election tribunals. In other words, while the commission was tasked with determining whether the 2013 elections were an exercise in overall rigging, where rigging had been alleged was for the tribunals to decide. This makes sense within the domain restriction laid down by the commission. One could assume that if the commission had found that there were reasons to suspect an overall design in the conduct of the elections, these individual cases would automatically be proved to the extent of the entire exercise being called into question and, therefore, possibly declared void.

As it happened, going through thousands of documents placed before it, listening to the witnesses that deposed before it, as also the cross-examination of those witnesses by counsels representing different parties, the commission concluded that it has found no evidence of any systemic rigging as alleged by the PTI and other parties, even as it has accepted the possibility in individual cases of irregularities and also conceded that the ECP could have performed its functions better.

Some analysts have already criticized the commission for restricting itself in ways that narrowed its remit. The implication of this is that the commission should have analyzed the questions of irregularities more rigorously. In fairness to the commission, two arguments can be made. One, an inquiry commission’s ability to find the facts is linked to what kind of evidence is, and can be, placed before it. The analysis of such evidence is a matter of debate and that debate cannot really be objective given that such a debate is likely to be tainted on all sides by the predisposition to the issue of those debating the point.

In other words, one can always argue that the commission could have done more. But that is the easier part. The more difficult one is to determine what that ‘doing more’ could possibly constitute. Or, to put it another way, at what point could the commission think it had exhausted its option to dig deeper and more broadly?

The second argument relates to the point at which politics and law intersect. While the judiciary is crucial to determining some of the nettlesome issues, in the domain of politics too heavy a judicial footprint leads to another problem: the judicialization of politics. We saw the effects of that phenomenon during the tenure of Chief Justice Iftikhar Chaudhry. I am not sure if that period helped consolidate political processes in this country.

Again, that’s a matter of debate and people would debate and select facts on the basis of how they are predisposed. Yet, the point needs to be made not on the basis of selective facts but on the grounds of overall impact whose longitudinal design can actually be worked out more objectively.

The second level of analysis relates to PTI’s allegations. The party and its chairman, Imran Khan, have been castigated for holding the country hostage for two years on this issue. There is merit in that criticism. Even so, with the benefit of hindsight and the longer trajectory, it can be said that the exercise was not entirely futile.

Quite apart from the discussion on democracy’s form and substance, it is a given that the legitimacy of that exercise begins with casting a vote (or votes) and the licitness of that electoral exercise itself is grounded in the assumption that it is conducted fairly and reflects, as best as any system possibly can, the will of the people. If this is accepted, and if it is also conceded that we have almost never had any electoral exercise that has not been challenged, it should be evident that ensuring that elections are free and fair becomes a vital first step to democratic governance. It is not a sufficient condition but it definitely is a necessary condition.

From that perspective, Khan’s constant agitation of the point cannot be faulted. The problem, to be fair, was not Khan’s demand that the exercise be reviewed but the manner in which he formulated and agitated it, to the point where, as in the case of the infamous and gratuitous 35-puncture allegation, he clutched at straws and straw men to try and bring the government down. Further, during the sit-in he had a great opportunity to force the government’s hand into reforming the electoral process but he squandered that opportunity, focusing instead on demanding that the prime minister resign with immediate effect, a demand whose maximalism as well as absurdity made him lose the allies he could have garnered from within Parliament.

What’s worse is that Khan, by aligning himself with the Pakistan Awami Tehreek’s Tahir-ul-Qadri—a man whose nuisance value is rivaled only by his political irrelevance—became an active part of a conspiracy against the sitting government. If and when Khan develops the ability to reflect on his actions, a desire for which I might just get cat’s crown for optimism, he would realize that that was his most inglorious hour.

And now to Sharif himself. Sharif’s speech was the equivalent of a 15-minute-long sigh of relief from the vantage point of someone who, having been subjected to incessant attacks for being an illegitimate ruler, has been cleansed. He declared it a watershed. From now on Pakistan’s pace is to increase and, by implication, the performance of his government will improve.

The not-so-hidden refrain running through the speech was that the PTI—though he didn’t name names—had wasted precious time and resources of the government and this country. Put another way, but for PTI’s antics and obstinacy, Pakistan would have performed much better in the last two years.

On all these counts Sharif cannot be more wrong. That the commission, within its fact-finding constraints, has declared that Sharif did not come to power through a process of rigging does not mean that Sharif has done great as a ruler or, even, that what he has failed to do—of which the list is long—is entirely owed to Khan’s shenanigans.

The problems at Sharif’s end are both structural and personal, each feeding on the other until “an effect can become a cause, reinforcing the original cause and producing the same effect in an intensified form, and so on indefinitely.” Let it be said that Sharif cannot use the commission’s report and Khan’s antics to put a cover on his own failures.

In fact, the report has now removed the cushion he used to his political advantage. From now on, by his own admission of this moment being a watershed, he will have no one but himself to blame for his government’s nonperformance.