Home Latest News No New Decisions on Lockdown Restrictions in Sindh As Yet: Shah

No New Decisions on Lockdown Restrictions in Sindh As Yet: Shah 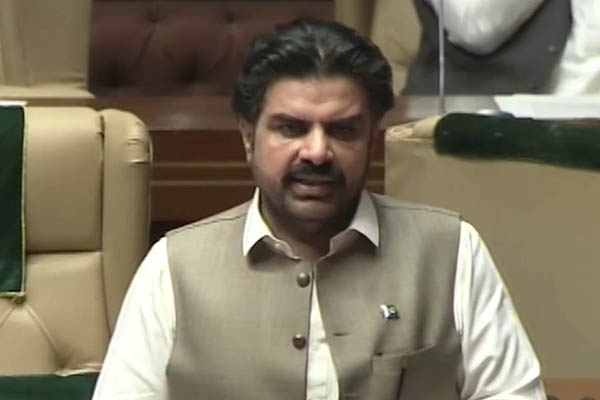 The Sindh government has not yet decided on whether to relax or further restrict the movement restrictions imposed to curb the spread of the novel coronavirus, Sindh Information Minister Nasir Hussain Shah said on Wednesday.

In a press release, the minister said the provincial government was currently reviewing the prevailing situation, adding no decision on the existing lockdown measures would be taken without consulting the federal government.

Urging citizens to avoid listening to rumors, he said the government would formally announce all decisions on lockdown measures. He said COVID-19 was not yet eradicated—and is in fact on the rise—in Pakistan, and cautioned that if the citizenry became complacent about its threat, there was the possibility of huge losses of lives.

“It is better that we take all precautionary measures and not leave our homes unnecessarily,” he said. “No vaccine for the coronavirus has been invented so far, the only way to avoid it is to take precautions,” he said, adding that this would not only protect individuals, but also their loved ones and the community at large.

Shah said the government could not fight the threat of coronavirus alone, and the cooperation of the public is essential to reducing its spread. “The more people cooperate, the more we will be able to protect ourselves during this pandemic,” he said.

Referring to existing lockdown measures, Shah said shopkeepers should open their shops in accordance with the standard operating procedures already issued by the Sindh government, including requiring face masks for all customers and staff, and practicing social distancing.

He said that the province—which has thus far resisted Prime Minister Imran Khan’s call to resume public transport services—would decide on transport services shortly. He said the government was aware of the economic impact of the shutdown on transporters, but warned that the COVID-19 situation had now reached a point where it was impossible to reopen everything immediately.

As the situation improves, said Shah, the government would ensure relief for both businessmen and the average citizen.

Earlier, in a video statement, Sindh Chief Minister Murad Ali Shah said there were now 24,206 confirmed cases of coronavirus across the province, with 380 deaths and 9,270 recoveries. There are currently 14,556 active cases of the virus in the province.

According to the chief minister, 235 patients are in critical condition, with 42 of them on ventilators.