No Plans for Public Hanging of Rapists: Shireen Mazari 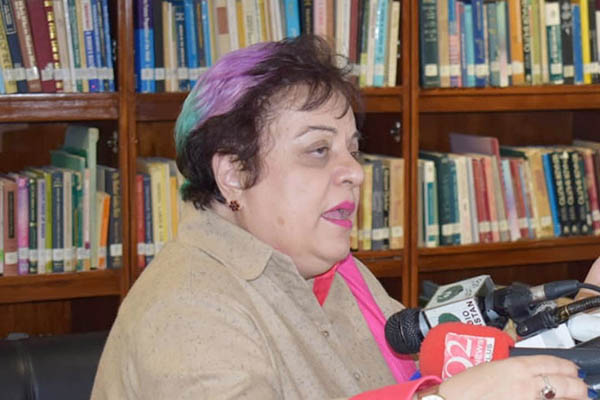 The government has no plans to introduce any laws for the public hanging of rapists, Human Rights Minister Shireen Mazari said on Friday, adding that the federal cabinet had instead decided to introduce stringent punishments for all sex offenders.

Talking to journalists at the Ministry of Human Rights, she said that Prime Minister Imran Khan—who had personally backed the punishment in an interview—has rejected the measure because it would draw international outrage and violate international agreements Pakistan is a signatory to. Instead, she said, the government would soon introduce legislation to ensure justice for women, children and transgenders who had been victims of sexual assault.

According to Mazari, the proposed legislation aims at barring anyone, including media, from revealing the names of rape victims; at inducting a large number of women to the police forces; and at removing the concept of a “settlement” between the victims and perpetrators. She said the government also wanted to set up a dedicated “rape center” to follow up on cases pending in court.

There have been growing calls for extreme punishments for rapists following the gang-rape of a woman on the Lahore-Sialkot motorway in the presence of her children earlier this month. The outrage has only grown as the primary accused of the crime remains at-large despite the passage of more than two weeks. A rise in reported cases following the horrifying incident has also incensed the public.

Prime Minister Imran Khan, addressing a joint session of Parliament on Sept. 16, had promised that a bill would soon be introduced to address the menace of sex crimes. He has said the government would have a three-tiered approach.

“Firstly, we will have registration. Sex offenders everywhere are registered. They are usually repeat offenders,” he said, adding that the government would also make it easier for victims to come forward and remove loopholes that allow culprits to escape punishment.