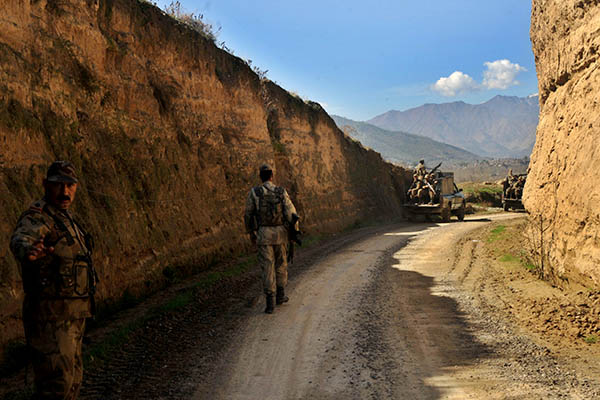 Spokesman Shahidullah Shahid claims government has not contacted any member of the Tehreek-e-Taliban Pakistan.

A spokesman for the Pakistani Taliban on Saturday denied media reports that the government was holding peace talks with the insurgent group.

Shahidullah Shahid, main spokesman for the Tehreek-e-Taliban Pakistan (TTP) said that no contacts had been made between the group and any government official. “I categorically deny the holding of peace talks on any level between the Taliban and Pakistani government,” Shahid said from an undisclosed location. “No contacts have even been made between us, nor have we received any offer to initiate peace talks,” Shahid added.

Pakistan’s oldest English language daily, Dawn, quoted Information Minister Pervaiz Rashid as saying the government was in secret talks with the TTP. “Unofficial talks between the government side and Taliban are in progress,” Rashid told the paper. Rashid said the government’s main objective was to restore peace and it would do everything possible to achieve that. “We have to rid the country of the menace of terrorism for which all options would be utilized,” Rashid was quoted as saying.

“It is complete propaganda, the government must make it public if it has any proof of any such talks,” Shahid said.

The reports of peace talks emerged almost two weeks after Prime Minister Nawaz Sharif made an offer to the extremists in his first televised address to the nation since taking office after winning elections in May.

Previous peace deals have rapidly unraveled, and were criticized by the United States and at home for allowing militants space to regroup before launching new waves of attacks.

The Taliban last Saturday removed a key commander for welcoming Sharif’s call for dialogue. Asmatullah Muaweya, the head of the Punjabi Taliban, had said the prime minister had shown maturity.