No Tit for Indian Tat 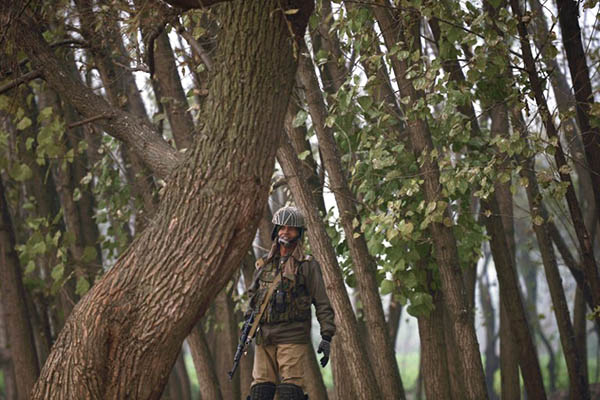 Islamabad’s stated policy of solely retaliatory aggression along Line of Control is a good move.

Contrary to the jingoist lather flying off Pakistani media, Islamabad’s official policy is to avoid a tit-for-tat approach to “Indian aggression” on the Line of Control (LoC) and the working boundary. Defense Minister Khawaja Asif and Adviser to the Prime Minister on Foreign Affairs Sartaj Aziz revealed this in the National Assembly on Nov. 25.

Restraint is therefore the “official” policy on India heating up the LoC, which is hurting Pakistan through border-village casualties. This means Pakistan will shell the Indian side and hope to kill Indian troops. Killing the Indian civilians collaterally is to be avoided because “most of them are Muslims.” Meanwhile, Pakistan will drum up international opposition at the U.N. to the punitive escalation India is pursuing.

But the jingoism rampant on media will undermine this posture if India doesn’t relent. Much nationalist passion was aroused by the announcement that the Pakistan Navy had forced an Indian submarine to quit Pakistani waters posthaste with its effective anti-trespass response. Also, reports had indicated Pakistan had so far killed more Indian border troops in retaliation than India had killed Pakistani soldiers. To garner universal goodwill, Pakistan has expressed willingness to dialogue with India provided the subject is Kashmir.

The opposition won’t be stopped by these assurances. It says Pakistan has failed to arouse the world against Indian outrage because Prime Minister Nawaz Sharif refuses to appoint a dedicated foreign minister. All politicians know that the world at the U.N. is not particularly willing to take on India because of cross-border terrorism by Pakistan’s non-state actors. The world is more focused on Pakistan taking into custody the proxy warriors with U.S. money on their heads. But the avowal of a non-escalatory response remains a good policy for an isolated Pakistan challenged on two borders.

It is pathetic that you are labelling a terrorist as a “proxy warrior”. Such a shame.
I myself an an Indian Muslim and find this term driven by idiocity. No wonder protection to these kind of people is state policy.
What else should be expected from a nation that gave shelter to bin laden? Shame on you.