No Trade Talks Unless U.S. ‘Takes Gun Off’ China’s Head 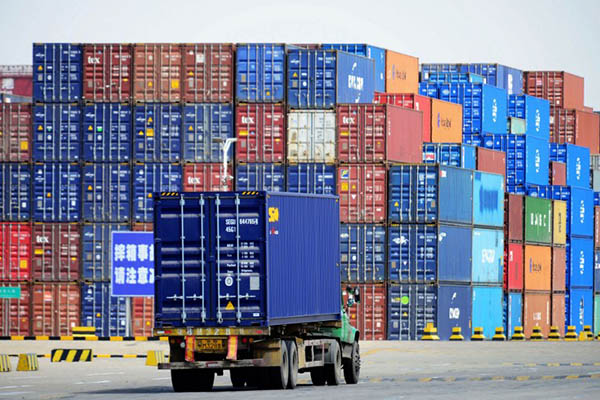 The United States should “take the gun off” China’s head and start keeping its word in order to have useful talks on ending a trade war, Beijing’s deputy commerce minister said on Thursday.

Wang Shouwen, representing China during the country’s policy review at the World Trade Organization this week, noted that the U.S. “started the war,” which has seen escalating threats to slap reciprocal tariffs on goods worth hundreds of billions of dollars. “We have had talks and those talks produced good progress but this progress was ignored by one party and that party went ahead with a trade war,” Wang told reporters in Geneva.

So far, the two powers have only imposed tariffs on $34 billion worth of each others goods. But Washington on Tuesday threatened to target an additional $200 billion in imports and China immediately vowed to retaliate.

Wang called the U.S. a “trade bully” and said Trump’s conduct was “against the interest of the U.S. businesses, the U.S. consumers [and] U.S. workers.”

Among Washington’s many grievances regarding Chinese trade are charges that the WTO treats China too kindly.

Trump’s administration insists the 164-member body allows China to claim benefits that should be only reserved for the world’s poorest nations and fails to punish its other misconduct.

On Wednesday, the U.S. envoy to the WTO Dennis Shea said it was time for a “reckoning” over China’s membership and that without sweeping reform the WTO will prove unable to contain China and ultimately become an irrelevant.

Wang countered on Thursday that China was open to WTO reform, but mocked Shea’s “alarmist point of view.”