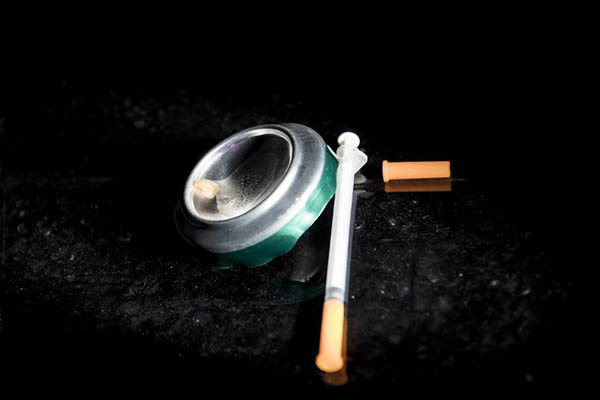 In Swedish asylum limbo, young Afghans turn to heroin to forget their woes

Beer cans, newspapers drenched in vomit and aluminum foil litters the ground inside a parking garage where young Afghan asylum seekers smoke heroin as they shelter from the cold in central Sweden. “When we smoke… we’re calm and don’t worry about anything,” says Mahdi, a 16-year-old Afghan refugee, who started using heroin after he arrived and quickly got hooked.

Uppsala, a university town an hour’s drive north of Stockholm, has taken in nearly 1,000 unaccompanied asylum seekers under the age of 18. Around 100 of them, most of them Afghan, have been caught using heroin as they wait for their applications to be processed, which can take more than a year on average.

In the capital Stockholm, at least 1,000 young asylum seekers received treatment for drug abuse in 2016. Most of them were minors and boys, health authorities said, without specifying their country of origin.

Anders Nilsson is a 38-year-old anti-narcotics police chief who’s trying to do something about it. Wearing faded jeans and a baseball cap, Nilsson leads a team of undercover cops scouting for young heroin addicts in the streets of Uppsala.

Strolling on a busy shopping street, he approaches groups of boys to see if anyone could be under the influence of heroin, eyeing their pupils and checking their pockets. Authorities want to take action to ensure the young men don’t become a threat to themselves or to society.

“It’s tough to find yourself in an asylum application process and having to wait for a decision,” Hilde Wiberg, head of social services in Uppsala, says, adding many asylum seekers feel mentally unstable because of past traumas.

Mahdi is one of the lucky ones: he overcame his heroin addiction and received permanent residency in Sweden. Covering his head with a blue hoodie, he said he and his friends smoked the highly addictive drug, related to opium which Afghanistan produces and distributes around the world, to ease their fear of being deported.

“[If] they don’t have permanent residency… they’re forced to go back to Afghanistan,” Mahdi tells AFP. And going home means they’re at risk of being killed by either the Taliban or the Islamic State group.

Afghans constitute the highest number of unaccompanied minors seeking asylum in Sweden. Nearly 80 percent of them have their applications approved. Of the 1,321 requests processed so far this year, 200 have been rejected, according to the Swedish Migration Agency.

But in a revised security assessment published in December, the agency deemed some regions in Afghanistan such as Panjshir, Bamiyan and Daikundi “less dangerous” despite “increasing violence” in the war-torn country, making it easier to deport rejected asylum seekers to those areas.

Daniel Larsson, an Uppsala police superintendent, said a case of occasional possession or use of heroin would not negatively affect an individual’s asylum request. However, criminal acts would.

In order to fund their expensive habit, these young men often turn to a life of crime. Police say they enter luxury clothing boutiques in central Uppsala and snatch whatever they see. Passersby have also been robbed, according to local media reports. They then take the train or bus to northern Stockholm to buy the drugs, returning to Uppsala after making their purchase.

If the asylum seekers are caught using heroin by the undercover cops, they’re taken to the police station for a urine test and kept under the supervision of social services. But they won’t face jail time.

Anders Nilsson says there’s no other alternative for heroin abusers than to receive care. “Instead of sentencing them to prison… we have the possibility to sentence them to [health] care,” Nilsson says.

Asylum seekers whose addiction has gone too far are committed to care homes across Sweden. But Nilsson fears those homes are already overcrowded. “It’s very difficult to find space… you need a specific type of care.”

For Salim, a 17-year-old Kurdish unaccompanied asylum seeker, Sweden is a safe destination, where he can receive free education and health care. Although he’s still waiting for his asylum application to be granted and misses his family, Salim says he’s “very happy to be” in Sweden, which in 2015 took in the largest number of refugees per capita in Europe. “I don’t have any problems here… I go to school here,” he tells AFP, while killing time with his friends in central Uppsala.

He says unaccompanied minors wouldn’t take drugs if they didn’t have problems. “There’s not a single person here without problems,” Salim says, looking down shyly at his shoes. Asked what he’d like to do in the future if he stays, he chuckles. “I want to be a police officer.”