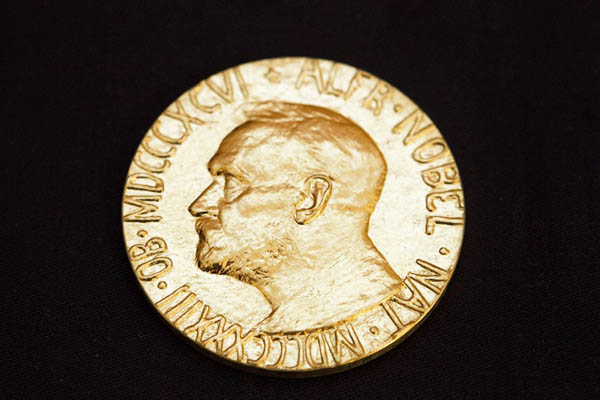 The Nobel Prize awarded in 1963 to a Cambridge professor for his revolutionary work on the central nervous system has sold at auction for nearly $800,000.

The 23-carat gold medal awarded to the late Alan Lloyd Hodgkin went under the hammer in Los Angeles late Thursday and was purchased by an unidentified private collector. Bidding for the medal sold by Nate D. Sanders Auctions began at $450,000 dollars and shot up to $795,614 as four people vied for the prize, the auction house said.

The medal features the relief portrait of Alfred Nobel on its front and the laureate’s name and the year it was given on the back.

Since early 2014, about 10 Nobel medals have gone up for auction as laureates or their families cash in on the prestigious prize. The 1936 Peace Prize awarded to Carlos Saavedra Lamas of Argentina went for a staggering $1.16 million last year, after being found in a pawnshop.

But the field of medicine holds the top spot for the highest price ever paid for a Nobel medal. U.S. scientist James Watson, who won the 1962 award for his co-discovery of the structure of DNA, cashed in a record $4.76 million for his medal in December 2014.