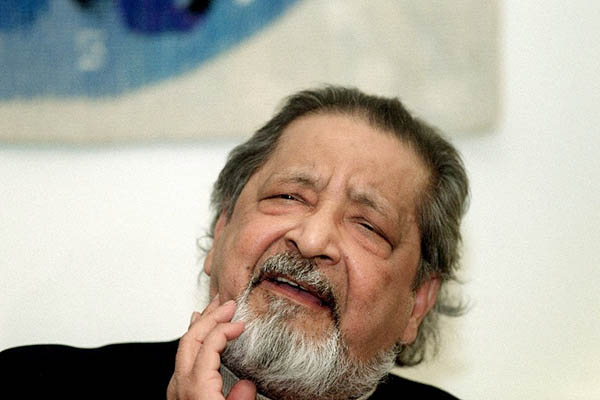 British author V.S. Naipaul, a famously outspoken Nobel laureate who wrote on the traumas of post-colonial change, has died at the age of 85.

Naipaul, who was born in Trinidad and the son of an Indian civil servant, was best known for works including A House for Mr. Biswas and his Man Booker Prize-winning In A Free State.

“He died surrounded by those he loved having lived a life which was full of wonderful creativity and endeavor,” his wife Lady Nadira Naipaul said in a statement on Saturday. She described the outspoken author as a “giant in all that he achieved.”

Vidiadhar Surajprasad Naipaul settled in England and studied English literature at Oxford University on a scholarship. But he spent much of his time traveling and despite becoming a pillar of Britain’s cultural establishment, was also a symbol of modern rootlessness.

Naipaul’s early works focused on the West Indies, but came to encompass countries around the world. He stirred controversy in the past, describing post-colonial countries as “half-made societies” and arguing that Islam both enslaved and attempted to wipe out other cultures.

When he was awarded the 2001 Nobel prize for literature, the Swedish Academy described him as a “literary circumnavigator, only ever really at home in himself, in his inimitable voice.” It said he was “the annalist of the destinies of empires in the moral sense: what they do to human beings.”

“His authority as a narrator is grounded in his memory of what others have forgotten, the history of the vanquished,” it said.

Naipaul, who was knighted in 1990, mixed fiction, non-fiction and autobiography without distinction.

One of his seminal novels was the A House for Mr. Biswas (1961), which looked at the almost impossible task for Indian immigrants in the Caribbean of trying to integrate into society while keeping hold of their roots. Overall he wrote more than 30 books, and was one of the first winners of the Booker Prize, now Britain’s leading literary award, in 1971 for In A Free State.

During his early career Naipaul was dogged by money worries and loneliness. He met his first wife, Pat, at Oxford, who became his constant literary support. She died in 1996, and he later revealed that he felt he hastened her death by publicly admitting, while she fought cancer, that he had frequented prostitutes.

The admission “consumed her. I think she had all the relapses and everything after that… It could be said that I had killed her,” Naipaul said in a tell-all biography by British author Patrick French, The World Is What It Is: The Authorized Biography Of V.S. Naipaul.

He had a quarter-century, sometimes violent, affair with an Argentinian, and he married Pakistani journalist Nadira Alvi the same year Pat died.

He was famously outspoken and had a reputation for cutting people out of his life, and once retorted: “My life is short. I can’t listen to banalities.”

The objects of Naipaul’s ire ranged from corruption in Indian politics to the West’s cynical treatment of its former colonies to the cult of personality in The Return of Eva Peron.

He likened former British prime minister Tony Blair to a pirate at the head of a socialist revolution, and was also disparaging about “sentimental” female novelists. “Women writers are different, they are quite different. I read a piece of writing and within a paragraph or two I know whether it is by a woman or not. I think [it is] unequal to me,” he told the London Evening Standard newspaper in 2011. He said this was due to women’s “sentimentality, the narrow view of the world.”

Naipaul also fell out with U.S. travel writer Paul Theroux, who later wrote a bitter, no-holds-barred memoir of their long association. They later resolved their differences.