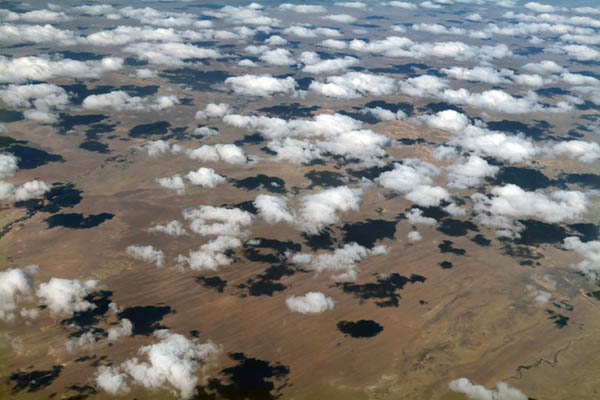 A chilly climate isn’t keeping Norway from basking in the glow of being named the world’s happiest country on Monday.

The Scandinavian country surged from fourth place in last year’s U.N. assessment all the way to the top spot, according to the World Happiness Report 2017. Other top countries on the list included Nordic neighbors Denmark and Iceland, as well as Switzerland.

Norwegian Prime Minister Erna Solberg, who is facing a tough re-election battle in September, welcomed the report as “a nice validation on a Monday morning.” In a message in Norwegian on Facebook, she said: “For many years, Norway has been behind Denmark in this ranking. I’ve made a point of it in many dinner speeches in the Nordics. Now I must find something new! But even if we top this statistic now we [must] continue to prioritize mental health care, to improve follow-up of children and young people because many are still struggling.”

The report found that “all of the top four countries rank highly on all the main factors found to support happiness: caring, freedom, generosity, honesty, health, income and good governance.”

Rounding out the top 10 were Finland, in fifth place, The Netherlands (6), Canada (7), New Zealand (8) and Australia and Sweden tied for 9th. All in the top 10 were affluent, developed nations, though the report said that money was not the only ingredient for happiness.

Another major country, China, has made major economic strides in recent years. But its people are not happier than 25 years ago, the report found. China ranked 79th in the study of 155 countries.

The United States slipped to number 14 because of less social support and greater corruption—the very factors explaining why Nordic countries fare better on the happiness scale.

Pakistan ranked at 80, climbing 1 point above its earlier rank of 81. Neighboring India however dropped, going from 117 last year, to 122 in this year’s report.

Norway, the largest oil producer in western Europe, is a prosperous country—despite a recent drop in oil prices—with a very generous welfare state. “We won the lottery,” Arne Larsen, a retired civil servant, told AFP in central Oslo. “Oil is part of it, but you shouldn’t exaggerate its importance because life was good in Norway before too. I think it has more to do with fundamental societal factors: Norway is quite homogenous, it’s a country where the gap between the state and the people is not very big, and where there is a lot of trust,” he said.

Thea Sofie Rusten Grastveit, who works as an adviser for a humanitarian agency, echoed those thoughts. Thirty years old and pregnant with her first child, she is getting ready to take a 16-month parental leave, which she will share 50-50 with her husband. “One of the main reasons we can do all this is the oil money,” she acknowledged. “We of course managed our resources well for the good of society, but we were also really lucky to have these resources,” she said.

The World Happiness Report was released by the United Nations on the International Day of Happiness. It is the fifth such report since the first was published in 2012. “Since then we have come a long way. Happiness is increasingly considered the proper measure of social progress and the goal of public policy,” the report said.

While the 10 countries at the top remained the same as in a 2016 update, those in the bottom 10, which had the lowest life evaluations, showed greater variation. The Central African Republic, which returned to the surveyed group, came in dead last at 155, with Burundi and Tanzania doing only slightly better.

Among the 20 largest losers, five were in the Middle East and North Africa and five were in sub-Saharan Africa.