Home Lightbox Not Daring to Devolve

Not Daring to Devolve 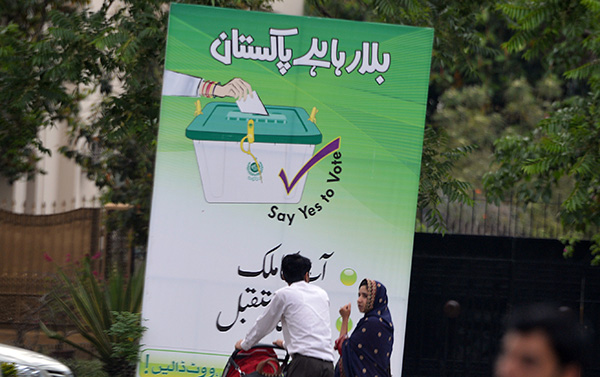 The Supreme Court has pointed to Article 140A of the 18th Amendment to the Constitution of Pakistan and asked the provincial governments to hold local body elections so that “development” at the grassroots can be facilitated. The provinces are dragging their feet. Under one pretext or another, chief ministers greedy for funds they would have to part with have prevented the empowerment of local governments. In Punjab, the administration has throttled the power of the elected councilors by reviving the commissionerate system, allowing a deputy commissioner to veto their decisions.

No one can deny that democracy comes into its own when it comes closer to the people. In Europe city states mostly preceded the nation-state and devolution of power was already half-done. Before colonization, India was largely devolved because it did not have a centralized state and scholars differ over whether there even was an “Indian nation.” Afghanistan is “devolved” even today, which means it is hardly internally sovereign.

In our parts, therefore, the nation-state is first. Then comes devolution, to prevent the state from eating its own children. Once the provinces become autonomous—as they did in 2010 with the 18th Amendment—there is need to focus on people living inside them. In fact Pakistan became really “federal” in 2010 when it devolved powers to the provinces that should have belonged to them from the outset. The next step was devolution from provinces to the local councils.

India is largely devolved because its states are quite autonomous. It has a system of local government spelled out in its constitution but has acted badly on it. Pakistan has experimented with local bodies off-and-on—mostly under military rulers who didn’t like a centralized Parliament—but the provinces are unwilling to part with the current system. Lawmakers, elected to assemblies to enact and enforce legislation, would rather retain control over funds intended for the citizenry—and thereby retain influence over the voter base—than do their jobs.