(Not) Open for Business 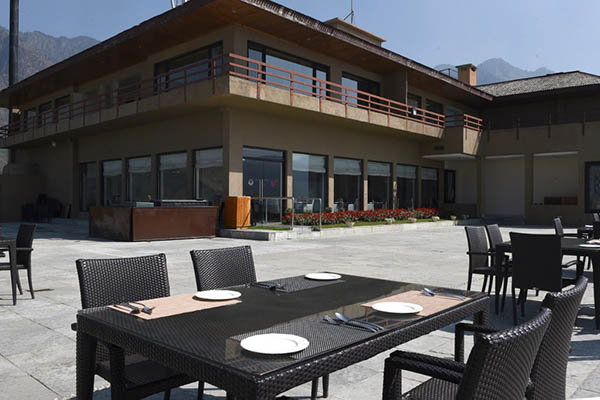 New Delhi lifted on Thursday restrictions on tourists visiting India-held Kashmir, but for hotels around the picturesque lake in Srinagar two months into a lockdown it was still far from business as usual.

Authorities in early August had told holidaymakers to leave “immediately” over “terror threats” to a major Hindu pilgrimage, sending thousands scrambling for places on planes and buses. A few days later on Aug. 5 New Delhi scrapped India-held Kashmir of its semi-autonomous status, sent in tens of thousands of extra troops and imposed a lockdown. More than two months later the internet and mobile phones remain cut off in most areas and fixed-line phone lines are unreliable, crippling many businesses—including tourism.

“Lifting the restrictions on tourists coming will not help until communications are restored,” Vishal Sharma, general manager of the five-star Taj Vivanta hotel told AFP. “We haven’t had a single direct call [on the phone] for a booking,” he said, adding all 83 rooms at the hotel were empty. “The last two months were the worst ever.”

It was a similar story at the luxury Lalit Grand Palace where a senior member of staff, preferring to stay anonymous, said occupancy in the 113 rooms was “very low.” Most other hotels around the lake were shuttered, as were travel agents, while Srinagar’s famous houseboats, usually full at this time of the year, looked mostly empty.

Kashmir has been split between India and Pakistan since 1947 and has been the spark of two wars and numerous skirmishes since, most recently in February with tit-for-tat airstrikes. India says that most people in its part of Kashmir support its Aug. 5 move, and that militants backed by Pakistan are cowering businesses into not cooperating; this has not been supported by independent reports from the region. Delhi also says that communications remain snapped to prevent these “terrorists” organizing attacks. Authorities say they have killed several “militants” in gun battles and intercepted weapons.

Authorities on Thursday also released three low-ranking politicians who along with hundreds of other local lawmakers, activists and others have been detained since Aug. 5. Those still in detention include three former chief ministers: Farooq Abdullah, Omar Abdullah and Mehbooba Mufti.

Farooq Abdullah, 81, was formerly arrested in mid-September under a law allowing him to be held for up to two years without charge that has been widely used, and criticized, in India-held Kashmir.

More than 250 people have been sent to jails outside Jammu and Kashmir, the Press Trust of India news agency reported. U.N. human rights chief Michelle Bachelet said last month she was “deeply concerned” while Washington has called for a “rapid” lifting of restrictions.

The issue has clouded preparations for a two-day “informal summit” between Prime Minister Narendra Modi and Chinese President Xi Jinping beginning in India on Friday. India’s August move to split Jammu and Kashmir state in two irked China because it will make the Ladakh region—claimed in part by Beijing—of the state a separate administrative territory.

China has given diplomatic backing to Pakistan, while part of its Belt and Road infrastructure initiative passes through Pakistan-administered Kashmir, which is claimed by India.