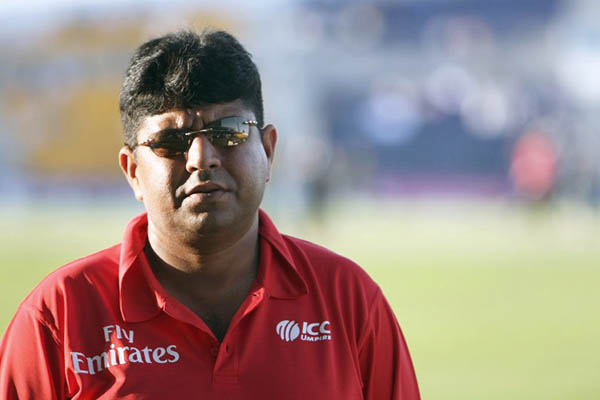 Umpire Raza, officiating matches against Zimbabwe, was injured in 2009 during terror attack on Sri Lankan team.

Umpire Ahsan Raza, critically wounded during an ambush on the Sri Lankan team in 2009, has said surviving the attack has made him fearless, as he prepares to officiate his first international match at home.

The machine-gun and rocket-launcher attack claimed eight lives and brought an end to Test teams touring Pakistan—until Zimbabwe agreed to a limited overs mini-series that begins Friday. Raza, 40, was shot in the lung as his minibus traveled to Lahore’s Qaddafi Stadium on the third day of the 2nd Test on March 3—a day he remembers vividly.

“It was a normal day. All match officials had breakfast in the morning and like always we had a separate minibus to travel to the ground,” he recalled. “When we heard the firing we thought it was a normal scuffle between some people but later we got to know that it was serious.”

As the minibus came under a hail of bullets, its driver, Zafar Khan, suffered a fatal wound. “I wanted to save Chris Broad who was tall and more vulnerable,” said Raza, referring to the match referee and former England batsman. “Broad was very worried. While trying to save him I was hit by a bullet which hit my lung and went through.”

It was then Broad’s turn to return the heroic favor. “I told Chris that my heartbeat is getting weak and I was bleeding. He pressed the wound by lying on me and that saved me. When doctors saw me they said that I survived because Chris pressed the wound to stop the flow of blood. For 29 days I was in the hospital and it was a big miracle that I survived.”

Doctors were pessimistic at first, but Raza went on to make a full recovery—a fact he attributes to his love of cricket and his desire to return to the field. “Now I never feel scared, I feel that nothing happened and I live a happy life. I could have migrated to England because all my family had visas but I wanted to stay in my country.”

And, he added, standing in Friday’s T20 against Zimbabwe was a dream come true. “Unfortunately I was part of the incident which suspended all international cricket in Pakistan and now I am fortunate enough to be part of the cricket revival in Pakistan. When I see the passion of the fans for the upcoming series tears fall from my eyes. I can’t express my feelings.”