NY Attorney General Resigns After Being Accused of Abuse 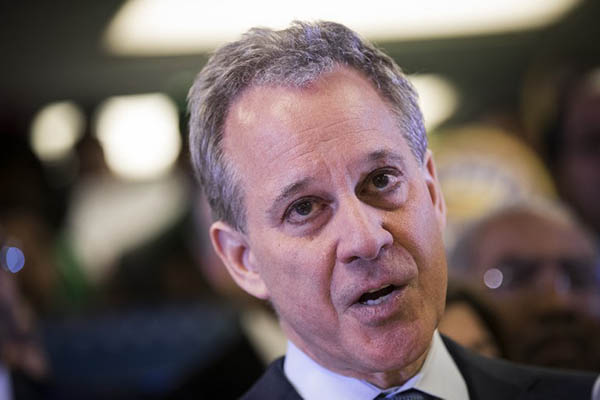 Eric Schneiderman allegedly assaulted four women, according to a report published in The New Yorker

New York state’s top prosecutor and a public champion of the #MeToo movement resigned on Monday, just hours after being accused by The New Yorker of physically assaulting four women.

It was an abrupt fall from power for Eric Schneiderman, the chief law enforcement officer in the state and a Donald Trump opponent whose office had launched multiple legal challenges against the Republican administration.

“In the last several hours, serious allegations, which I strongly contest, have been made against me,” Schneiderman said. “While these allegations are unrelated to my professional conduct or the operations of the office, they will effectively prevent me from leading the office’s work at this critical time. I therefore resign my office, effective at the close of business on May 8.”

Earlier, he issued a statement denying that he had assaulted anyone or that he had ever engaged in non-consensual sex. Two of the women spoke to the magazine on the record, alleging that Schneiderman repeatedly hit them, often after drinking, frequently in bed and never with their consent. Both say they sought medical attention after having been slapped hard across the ear and face, and also choked, the magazine said.

The New Yorker said none of the women classified the behavior as consensual.

In February, Schneiderman sued The Weinstein Company for failing to protect employees from years of disgraced mogul Harvey Weinstein’s alleged sexual misconduct despite multiple complaints from staff. He had also been instructed by New York Governor Andrew Cuomo to review a 2015 decision by the Manhattan district attorney not to prosecute Weinstein over allegations of assault.