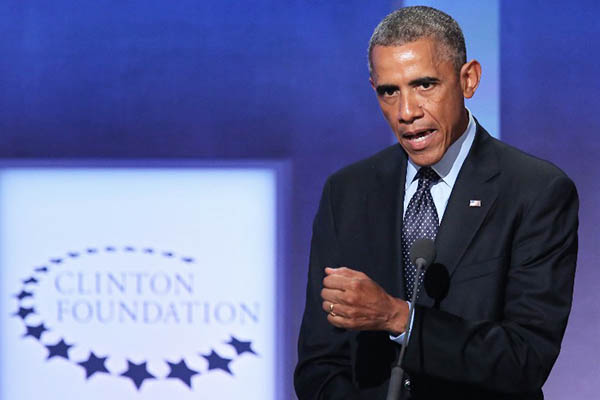 Defense officials say new orders will allow U.S. troops to embed with all Afghan troops, not just their special forces.

President Barack Obama has ordered the U.S. military to tackle the resurgent Taliban more directly—in tandem with Afghan allies, officials said Friday, ratcheting up a 15-year conflict he had vowed to end.

U.S. forces have been in an advisory role in Afghanistan since the start of 2015 and were only authorized to hit Taliban targets for defensive reasons, or to protect Afghan troops. The changes mean U.S. troops can now work more closely with local fighters in striking the Taliban.

“This is using the forces we have… in a better way, basically, as we go through this fighting season, rather than being simply reactive,” Pentagon chief Ashton Carter said. “This makes good sense. It’s a good use of the combat power that we have there.”

A senior administration official told AFP that U.S. forces will more proactively support Afghans, and outlined plans to provide more close air support and accompany Afghan forces on the battlefield. But “this does not mean a blanket order to target the Taliban,” the official cautioned.

Obama was elected in 2008, promising to end one of America’s longest and most grueling wars. The first U.S. troops arrived in Afghanistan 15 years ago, after the Taliban government refused to turn over Osama bin Laden, the mastermind of the September 11, 2001 attacks, and more than 2,000 U.S. personnel have died in the ensuing war.

Afghan security forces last year took the lead in ensuring security across the country, but suffered a devastating string of setbacks at the hands of the Taliban. Some 9,800 U.S. troops remain in Afghanistan in an advisory capacity, down from a peak of around 100,000 in March 2011. That number is set to drop to just 5,500 by the year’s end.

Currently U.S. forces are mainly confined to ministries or bases. Only Special Forces assist their Afghan counterparts on the battlefield. A U.S. defense official, speaking on condition of anonymity, said the changes mean U.S. troops can now embed with all Afghan troop units, not just their special forces. Still, he said, U.S. troops won’t be fighting on the front lines against the Taliban, and will stay in an advisory role.

“Our mission is the same,” Carter said. “Which is to help the Afghans maintain control of the country and to avoid having a counter-terrorism challenge once again from Afghanistan.”

The campaign to neutralize the Taliban has suffered multiple setbacks in the twilight of Obama’s presidency and Afghanistan’s fledgling security forces have struggled in the face of bloody Taliban assaults. More than 5,000 Afghan troops died last year alone, prompting Obama to indefinitely postpone the withdrawal of U.S. troops.

Afghan authorities on Wednesday recovered the bullet-ridden bodies of 12 security officials captured by the Taliban in eastern Ghazni province. Gunmen kidnapped 40 others. Local support for U.S. efforts has been undermined by the unintended killing of Afghan civilians. Last year, U.S. missile strikes on a hospital in Kunduz killed 46 people and prompted worldwide outrage. At the same time, diplomatic efforts to engage the Taliban appear to have broken down.

The United States killed Taliban leader Mullah Akhtar Mansour in a drone strike in Pakistan last month. Obama then warned that the organization’s new leadership would fight on. “We anticipate the Taliban will continue an agenda of violence,” he said during a visit to Japan.

Obama’s latest Afghan decision would appear to push any brokered solution well beyond his presidency. But it could also significantly boost Afghan forces, who currently have limited close air-support capacities. That could help bridge the gap before the delivery of dozens of A-29 Super Tucano aircraft over the next 18 months.

“We are going to do what we can to enable Afghan forces to achieve strategic effects on the battlefield,” a second U.S. defense official told AFP. “What we are doing now is taking a look at the battle space and making sure we provide the things we can,” he added. “It’s not just about a wide blanket to strike the Taliban whenever we want. It’s about the core mission of protecting the ANDSF [Afghan National Defense and Security Force].”

US and Pakistan relations are really passing through a critical period. It might be recalled that soon after Russian forces withdrawal from Afghanistan, Washington abandoned Pakistan despite its critical role. Now, when US and its allies failed in Afghanistan they devised strategy to blame Pakistan for their own failure. US and Pakistan need each other and the present tense situation is a great test for the leaders of the two countries.

Please don’t hold back ! Hit the Taliban in their Nest, Pakistan. That is where the Taliban get their training and Support, and Arms from. Unless you address that, US will never win the war on terrorism. Pakistan is the Real Enemy ! Please don’t treat them with Kids Glove. Hit them Hard !