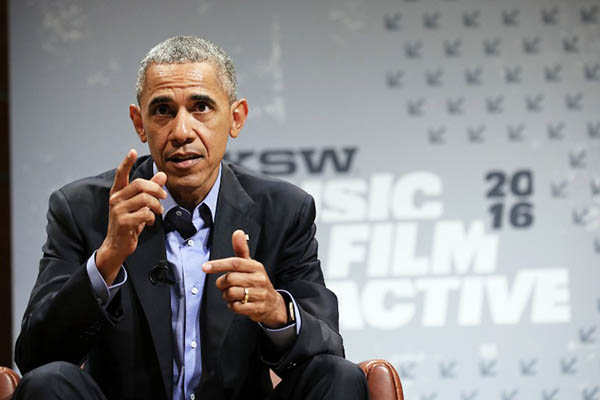 At tech event SXSW, U.S. president argues in favor of violating data privacy for the sake of security.

President Barack Obama made a pilgrimage Friday to SXSW—the tech world’s Davos and Woodstock rolled into one—making a government recruitment pitch even as he fanned a row over encryption.

Obama traveled to Austin, Texas, ostensibly to open a “pipeline” of programmers, developers and other tech whiz kids to enter government service. “We need you,” Obama said, receiving a rockstar welcome from a young and liberal crowd of 2,100.

But his charm offensive was tempered by the ongoing disagreement between his government and tech firms over the balance between smartphone privacy and national security. Obama’s administration has gone to court to try and force Apple to unlock the iPhone of one of the San Bernardino terror attackers, insisting encryption must not be absolute.

Tech firms argue that if the government has access to a “back door” to encrypted information, all pretense of privacy would be lost.

Obama told members of his otherwise receptive audience that they should not take an absolutist view on privacy, and warned against “fetishizing our phones above every other value.”

“We make compromises all the time,” he said, pointing to invasive airport security measures, police search powers and traffic stops. “It’s an intrusion, but we think it’s the right thing to do,” he said. “And this notion that somehow our data is different and can be walled off from those other tradeoffs we make, I believe, is incorrect.”

The Apple case has touched off a debate not only between industry and government, but also within Obama’s own administration. Parts of the military and intelligence community favor strong encryption, which Obama acknowledged makes the debate more complicated.

But he appeared to lean toward the views of law enforcement, which is hungry to have access to evidence when it needs it. “There has to be some concession to the need to be able to get into that information somehow,” he said. “If technologically, it is possible to make an impenetrable device or system where the encryption is so strong that there’s no key, there’s no door at all, then how do we apprehend the child pornographer? How do we solve or disrupt a terrorist plot?”

Popular culture has broadened such views with portrayals of omnipotent spy agencies. “There’s like half a fingerprint, and half an hour later I’m tracking the guy in the streets of Istanbul,” Obama joked. “It turns out it doesn’t work that way.”