Home Culture Obelix to Star in Next Asterix Adventure

Obelix to Star in Next Asterix Adventure 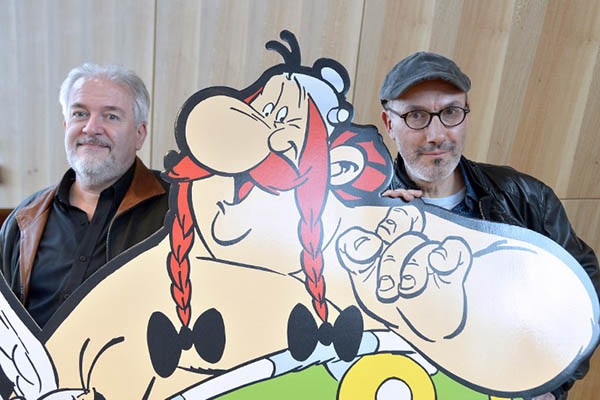 Next installment in long-running comic series will be published in October.

Up to now he has always been the simpleminded second fiddle to Asterix. But Obelix, the Gallic hero’s sturdy sidekick, is finally to get a starring role in the French comic book series.

The menhir delivery man who gained his superhuman strength by falling into a magic potion when he was a baby, takes the lead in the next story, its publishers confirmed on Friday. Few details of the adventure—which will hit the shelves in October—have been released other than the story will take place outside France.

Naturally, it will have to be set in a country with a healthy wild boar population, if Obelix isn’t to starve. “After having stayed in Gaul for Asterix and the Missing Scroll (2015), our heroes go beyond its frontiers to makes some gastronomic discoveries and meet the local celebrities,” its authors, writer Jean-Yves Ferri and cartoonist Didier Conrad said.

The pair have written the last two Asterix books, including the Scottish caper Asterix and the Picts, after taking over from the comic’s legendary creators Albert Uderzo and the late Rene Goscinny.

Dropping a heavy hint that Obelix would outshine his cunning partner this time, its publishers Dargaud said the hero of the piece “was not necessarily the person that you would think.”

The story will be the 37th in the series that began in the Franco-Belgian comic Pilote in 1959. Asterix has since been translated into more than 100 languages and sold around 400 million copies around the world.

Asterix Teams Up With Assange Inspired Journalist in...