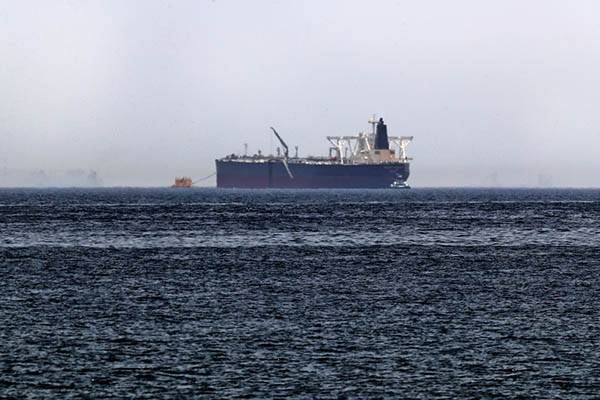 Oil prices soared on Thursday after the U.S. Navy reported two tankers had been attacked in the Gulf of Oman, fanning geopolitical concerns in the crude-rich region.

Both main contracts jumped about three percent after the Navy said its vessels had received distress calls following a “reported attack on tankers,” while a merchant shipping information service run by Britain’s Royal Navy reported an “incident.”

The news follows the sabotage of four ships in the strategically crucial Gulf last month with the United States saying Iranian naval mines were “almost certainly” to blame. “We know that geopolitical tensions in the region are worsening and raise supply-side concerns in terms of short-term outages,” said Neil Wilson, chief market analyst at Markets.com.

However, he warned prices would not likely stay elevated for long, adding: “With the demand outlook so clouded there is no sense that the bear market will end any time soon,” he added.

The spike in crude prices came as the commodity was wallowing around five-month lows after data on Wednesday showed a surge in U.S. inventories, which exacerbated uncertainty caused by the China-U.S. trade war.

The jump of more than two million barrels of crude—compared with an expected drop of one million—fueled worries about demand in the world’s top economy and sent both main contracts to levels not seen since January.

Hopes that OPEC and other key producers led by Russia will reach an agreement to extend output cuts beyond June were also giving support to prices, although no date has been set for their meeting due later this month.