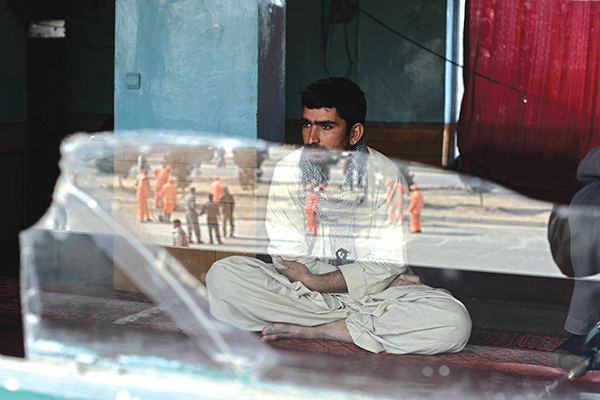 Pakistan must resist skepticism about Afghanistan.

Pakistan is concerned. It wants the U.S. to continue supporting Zarb-e-Azb, the military operation launched four months ago against local and foreign militants in North Waziristan, and any other flush-outs that may be necessary. And it wants this support expressed through the continuation of Coalition Support Fund reimbursements, even though the U.S.-led coalition of international troops in Afghanistan is being pared down by year’s end.

The U.S. has its own concerns. Its media is accusing Islamabad of allowing the Haqqani network to flee North Waziristan ahead of the operation, even though the Pakistan Army has explicitly named the militant group as a target. American pundits have also questioned the timing of the operation: Why wasn’t it launched years earlier, when more than 100,000 foreign troops stationed in Afghanistan could have provided the anvil to Pakistan Army’s hammer that Islamabad is now so earnestly seeking?

According to Athar Abbas, former spokesman of the Pakistan military, the previous Army chief, Gen. Ashfaq Kayani, was hesitant about launching an offensive in North Waziristan, in 2010, because he feared a backlash from the religious right. More likely, what Kayani feared was terrorist blowback from the Pakistani and Afghan Taliban and Al Qaeda across Pakistan’s vulnerable urban centers. Indeed, this fear was conventional wisdom—and it has been proven wrong with Zarb-e-Azb.

Pakistan has been accused of playing both sides in the U.S.-led war on terror. The local and foreign media have looked skeptically at Pakistan’s arresting Al Qaeda and Taliban militants and handing them over to the U.S. on the one hand, and allegedly allowing Mullah Omar’s Shura to set up camp in Quetta and Osama bin Laden to hide in the Abbottabad countryside on the other. This discrepancy has been attributed to the Army’s alleged belief that it will have to deal with a re-Talibanized Afghanistan after international forces leave, so better, strategically, to keep some militants on its side. If true, this would be a dangerous, disastrous assumption for Pakistan to base its Afghan policy on.

Skepticism about the prospects of Afghanistan’s stability is rife among Pakistan’s civilian decision-makers too. In early October, an influential faction among them was heard characterizing the U.S.-brokered power-sharing arrangement in Kabul between Ashraf Ghani and Abdullah Abdullah as too fragile and headed for collapse sooner rather than later. They see Afghanistan being run in the near future by a reanimated Taliban as foreign forces become a token presence and the Bilateral Security Agreement with the U.S. is reduced to scrap, a relic of Washington’s unfulfilled wish-list.

Drawing lessons from post-occupation Iraq, which is being taken over by the Islamic State, the Bilateral Security Agreement is a declaration of U.S. intent to establish its permanent presence in the region. The agreement also recalls the lessons from Mohammad Najibullah’s overthrow and assassination. The late Afghan president was safe until the Soviet Union kept up its funding and support to him. As soon as that disappeared, three years after the Soviet withdrawal from Afghanistan, the Taliban got him.

The agreement makes very clear that Washington and Kabul will work together to develop “an appropriate response,” through political, military, and economic measures, to any threatened or actual external aggression and that U.S. forces would maintain their existing bases and even undertake new constructions. It’s not all bark. The continuation of CIA drone strikes in Pakistan, despite condemnation from the U.N., shows that the U.S. means business.

China and Iran do not seem to be too worried about the agreement. And for a number of obvious reasons, they do not seem to harbor any overt intentions of posing any threat to Afghanistan’s sovereignty or security. That leaves Pakistan, from whose Talibanized tribal sanctuaries attacks have been launched on foreign forces and other targets in Afghanistan. Do such cross-border attacks mean that Pakistan’s old Afghan policy of plausibly deniable interference and hedging of bets is still at work? Or do they suggest that the state has been weakened beyond repair to be able to hit back at the militant problem?

Prime Minister Nawaz Sharif spelled out his government’s new, hands-off Afghan policy last year, and it was acknowledged across Pakistan’s political divide as prudent. The country cannot afford the costs of carrying on with the old, failed policy. But despite Sharif’s statements, some believe Pakistan is, in fact, secretly sticking to it.

During Indian Prime Minister Narendra Modi’s recent meeting with U.S. President Barack Obama, the two leaders agreed to jointly work toward dismantling safe havens for terrorists (including those based in Pakistan) and smashing their financial and criminal networks. They also urged Pakistan to bring the perpetrators of the 2008 Mumbai attacks to justice. Indeed, the simultaneous uptick in U.S. drone strikes and in the exchange of fire across the Line of Control and Working Boundary that divide Kashmir between Pakistan and India offers menacing possibilities for Pakistan, a country torn between old insecurities and new realities.

Ziauddin, based in Islamabad, is the former managing editor of The Express Tribune. From our Oct. 25-Nov. 1, 2014, issue.

The Crisis of Kunduz