Home News Galleries On His Watch 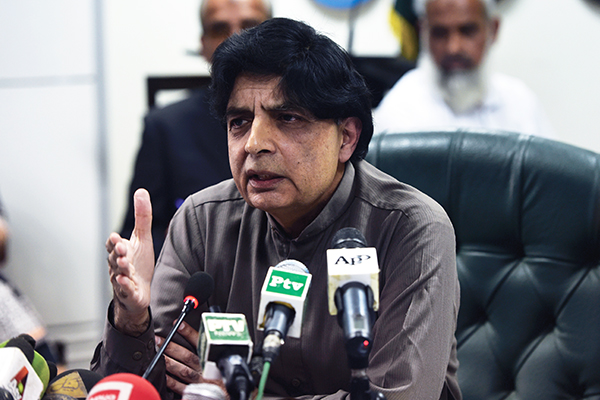 Pakistan’s now-persistent push against militants appears to be working. The headline numbers relayed by the country’s take-charge interior minister, Chaudhry Nisar Ali Khan, at a press conference in Islamabad were revealing. According to official figures, terrorist incidents are down from an all-time high of 2,061 in 2010 to 695 so far this year. This is the result, he said, of some 62,000 intelligence-led operations and the arrests of over 68,000 suspected militants. In the past eight months, law and security agencies have also killed 1,114 terrorists, he added. Khan said all this has been possible because of the National Action Plan, the consensus document agreed to by all political parties and the military following the attack on Peshawar’s Army Public School. Ops under NAP, he said, have made Peshawar “livable,” returned Karachi to some semblance of normality, and forced five separatist groups in Balochistan to lay down arms. Pakistan can sleep better knowing NAP works.