Home News Galleries On the Sidelines 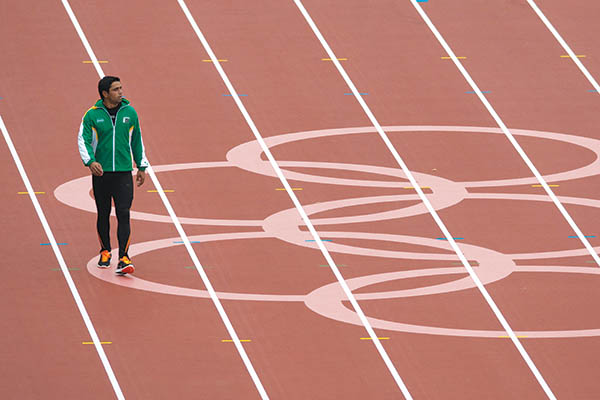 Little to celebrate for Pakistan at the Olympic Games in Rio.

In the 68 years since its Partition from India, Pakistan has won 10 medals at the quadrennial Olympic Games. Eight of those were for field hockey—the last in 1992. This year’s Games, which began on Aug. 5, are unlikely to reverse our fortunes. For the first time in its history, Pakistan’s field hockey team failed to qualify for the Games. And to make matters worse, our contribution to the Rio 2016 Games is just seven athletes—four of whom are quota-based ‘wild cards.’ Pakistan has become blinded by its obsession for cricket to the exclusion of everything else and it is now paying the price. Athletics help to boost morale and provide a non-jingoistic source of national pride. Pakistan is beset by problems—from terrorism to corruption and everything in between. A successful showing at an international sporting tournament could have helped alleviate some of this misery and provided a much-needed boost to our national unity. Instead, we will moan about our falling fortunes for a few weeks as we sit on the sidelines before being inevitably distracted by the next crisis.