On the Trail of London’s Serial Cat Killer 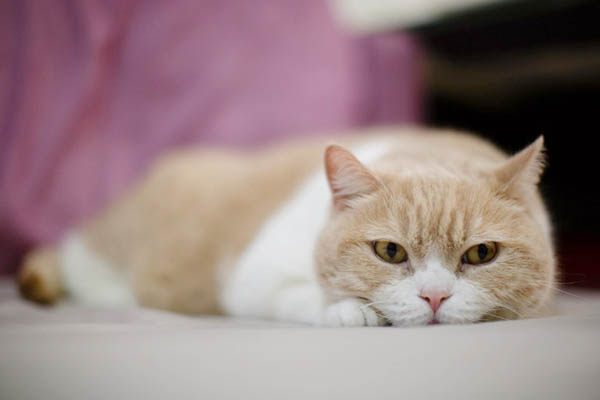 Authorities fear the serial killer, with over 400 suspected victims, could escalate the attacks to humans

In what has become a grim ritual, Tony Jenkins examines the mutilated remains of a domestic cat—and says the south London serial killer has struck once again.

Nobody is surprised when Jenkins, the co-founder of Snarl, a local animal rescue and rehabilitation shelter, arrives at a veterinary surgery to confirm the grisly find. In the last two years, Snarl has identified more than 400 suspected victims: mostly cats, but also some foxes and rabbits.

Jenkins enters a small examination room where a plastic bag lies on the table. He pulls on a pair of gloves and opens the bag, removing the corpse of a black cat with white paws.

The veterinary assistant standing alongside him recoils.

The head and tail are missing, having been cut off, and the belly has been sliced open—trademarks betraying the killer’s surgical skill.

Even Jenkins, who has seen this several times before, is disgusted. “It’s a definite victim,” he explains. “It’s the classic head and tail removal: clean cuts on both, with a bit of additional mutilation to the stomach area,” he told AFP. “We’ve had cats matching that exact same thing in all sorts of different areas,” he says.

The hunt for the killer started in September 2015.

Intrigued by a series of suspicious deaths cropping up locally on social media, Jenkins and his Snarl co-founder Boudicca Rising started investigating. They canvassed vets, pet owners and residents for information, piecing together a map and a timeline of the attacks.

They then took their findings to Scotland Yard police headquarters, which opened its own inquiry, as did the Royal Society for the Prevention of Cruelty to Animals, Britain’s biggest animal welfare charity.

Snarl’s Facebook page has a grim roll call of victims of the “Croydon Cat Ripper,” as the killer was initially nicknamed, referring to the south London area first hit.

“Rest in peace,” says one November memorial post about Cody, complete with pictures of the eight-year-old Bengal cross relaxing at home. “You’re just an evil piece of lowlife scum who gets some sick gratification being the filth that you are. You will get caught,” Jo Platt said in the post’s comments.

Jenkins and Rising have identified patterns of behavior in the killings, discovering that some cat bodies are deliberately posed near schools and in parks, or even under their owners’ windows.

The possibility that the cats were killed by other animals was quickly ruled out. Post-mortems following the first spate of attacks found that the cats died from blunt force trauma and the mutilations occurred after death.

“Police believe an individual or a group of individuals… are responsible for both the deaths and mutilations,” Scotland Yard told AFP.

The National Crime Agency and the ArroGen Veterinary Forensics pathology labs are both on the case.

Two groups, including People for the Ethical Treatment of Animals, are each offering a £5,000 reward for information leading to the culprit’s capture.

Jenkins is also trying his best to track down the killer. “It’s difficult. I wish sometimes it was a bit more like CSI,” he said of the television series where crimes are solved every episode using forensic science.

Examining the clues, Jenkins wondered whether the killer was a man trading in animal skulls, but it turned out to be a false lead. “Whilst it was obviously a weird thing to be doing, it wasn’t, strictly speaking, illegal because he imported them from China,” he said.

Snarl has published a profile of the killer based on the evidence they have gathered. They believe he is a white man in his 40s, around 1.8 meters tall. “It’s somebody who either grew up in Croydon or lives in Croydon,” said Rising, noting his ease in operating around the suburb.

The killer is a skilled, methodical and forensically aware person with sufficient knowledge of police procedures to avoid detection, said Vincent Egan, associate professor in forensic psychology at the University of Nottingham. “The person involved has to be able to entice the animal, capture and kill it without being scratched or bitten… dissect in the skilled way reported, put the body in a place where it can be seen, and do all of this quietly and surreptitiously,” he told AFP.

And while the list of cat victims grows ever longer, one question becomes more pressing: is this just the first step for someone bent on killing? “There is a known link between serial killers and harming animals, when you look into their dark history,” said Detective Sergeant Andy Collin, who is leading the police investigation.

He told Sky News: “The concern is they will cease getting that gratification and escalate the attacks to humans, specifically vulnerable women and girls.”