Home Latest News One in Five Children Globally Still Not Vaccinated: WHO

One in Five Children Globally Still Not Vaccinated: WHO 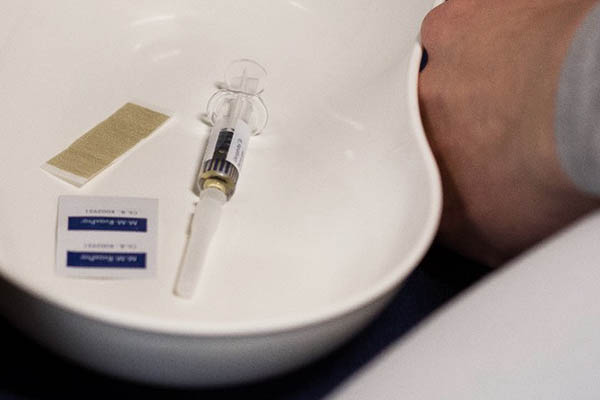 Nearly half of infants who don’t receive routine vaccinations are in Pakistan, India and Nigeria.

One fifth of the world’s children are still not receiving routine life-saving vaccinations and efforts to ensure global immunization coverage remain “far off track,” the World Health Organization said Wednesday.

Nearly 22 million infants, many living in the world’s poorest countries, missed out in 2013 on the routine vaccine against diphtheria, whooping cough and tetanus (DTP3), WHO said, citing the latest available data. And nearly half of them are in three countries: India, Pakistan and Nigeria.

This is of grave concern, said Jean-Marie Okwo-Bele, head of WHO’s vaccine unit, pointing out that there are still 1.5 million premature deaths due to vaccine preventable diseases each year. “Today WHO is calling for the global community to close the immunization gap and the unnecessary disability and deaths caused by the failure to vaccinate,” he told reporters in Geneva ahead of World Immunization Week, which starts Friday.

The world has made great strides in recent decades in raising immunization rates—from as low as five percent in some countries in the mid-1970s to a global average of 84 percent in 2013. And 129 countries boast immunization levels above 90 percent, with vaccines estimated to save as many as three million lives each year.

But Okwo-Bele warned the progress had been “plateauing” in recent years, despite a commitment in 2012 by all WHO members to a plan to ensure all children are immunized. There are a number of reasons for the lack of progress, including the cost of vaccines, weak health systems and lack of access in poorer countries.

Armed conflicts and insecurity also limit access, as do emergencies like the west African Ebola outbreak, with recent, unverified numbers indicating that immunization levels in Guinea, Liberia and Sierra Leone dropped as much as 30 percent at the height of that crisis, Okwo-Bele said. Also in developed nations, where coverage is generally high, there are pockets where rates are low, as recently emphasized by measles outbreaks in the United States and other western countries.

Researchers said last month immunization rates as low as 50-86 percent had made the U.S. outbreak possible. In wealthier countries the low rates can be due to the fact that many of the deadly diseases being vaccinated against rarely appear, and are no longer feared, allowing complacency to set in.

“The vaccinations are victims of their own success,” said WHO senior health adviser Philippe Duclos. A number of parents also refuse to vaccinate their children against measles, mumps and rubella, claiming it is responsible for increasing cases of autism—a theory repeatedly disproven by a range of studies.

WHO meanwhile said global immunization coverage varies greatly between different kinds of vaccines, with 84 percent global coverage for DTP3, polio and measles, but only 14 percent for rotaviruses, the most common cause of severe diarrhoeal disease. “Millions of children remain at risk of illness, disability or death because they are not getting the immunization they need,” it warned.