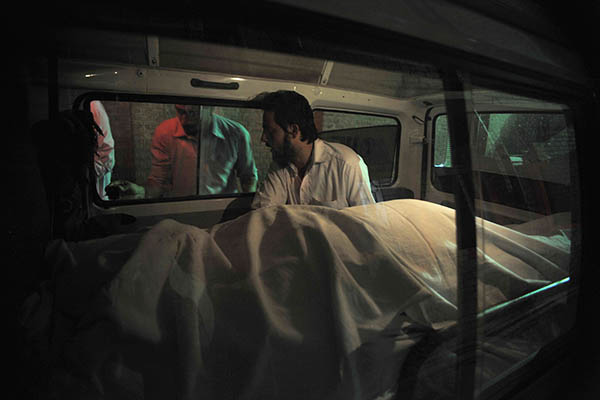 Unidentified gunmen opened fire on a passenger plane that was about to land at Peshawar’s Bacha Khan International Airport on Tuesday night, killing one person and injuring two others.

The commercial plane, Pakistan International Airlines flight 756, was traveling the Riyadh to Peshawar route when it was attacked. “The plane was targeted from the western side of the airport, injuring three people,” said senior police officer Najeeb ur Rehman. He said a female passenger had succumbed to her injuries on way to hospital. “[In total] the plane was hit by 10-12 bullets,” he added.

Following the attack, flights at the airport were temporarily suspended but were quickly restored after security forces confirmed the attack had not come from within the terminal. “The incident happened around 11:30 p.m., and the plane was shot outside the airport premises,” said Civil Aviation Authority (CAA) spokesman Abid Qaimkhwani. “The airport is operational for flights,” he added.

A PIA spokesman confirmed the incident. “Three people, including a female passenger and two flight attendants, were injured in the attack,” said Mashud Tajwar. He said 196 passengers and 10 crewmembers had been onboard PK-756 at the time of the attack. “The injured flight attendants are out of danger,” he said, adding that they had been taken to the nearby Combined Military Hospital.

Security forces cordoned off the area after the incident and started a search operation. “We are investigating where the shots originated from,” said Khyber-Pakhtunkhwa information minister Shah Farman without offering any details.