One Killed in Islamabad Bombings 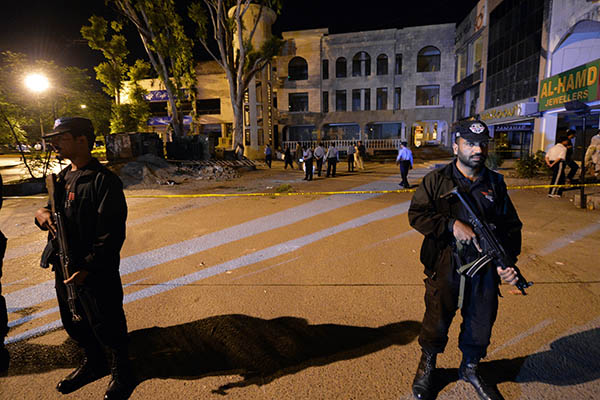 Another man wounded as result of two separate bomb explosions in different parts of the city.

The first blast occurred around 2:00 a.m. in the upmarket F-6 shopping area close to the city center. “One watchman has died in the hospital, he was very critically wounded and did not survive. The second watchman is getting medical treatment,” said Chaudhry Hafiz Hussain, a senior police official. He said it was not clear if the blast was the result of a suicide bomb.

There was no immediate claim of responsibility but the blasts came after three days of air strikes by the Pakistani military against militant hideouts that have killed at least 75 people. Local television footage of the first blast showed broken glass and branches strewn across the pavement.

Mohammad Ali, another police official, told reporters that the second bomb went off in a car. “The low-intensity explosive was planted in a car. The blast has badly damaged the car but no one was hurt,” he said.

The second blast came around half an hour after the first and was in a different part of the capital.

The attacks were the first in Islamabad since an explosion tore through a fruit and vegetable market in April, killing at least 22 people.