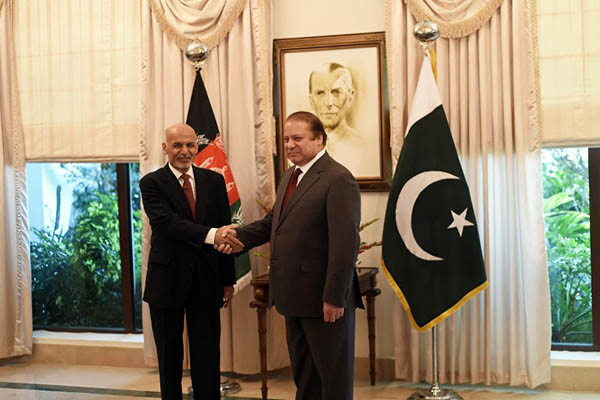 The Heart of Asia conference could make-or-break ties between Islamabad and Kabul.

Pakistan will host the fifth round of the Heart of Asia ministerial conference from Dec. 8-10. Earlier, in May this year, Pakistan hosted the senior officials meet for the Heart of Asia Istanbul process. The process, which began in November 2011, places Afghanistan at its center and provides a framework for a “sincere and result-oriented cooperation for a peaceful and stable Afghanistan, as well as a secure and prosperous region as a whole.”

Specifically, the process framework has three elements as listed in the declaration:

“a) Political consultation involving Afghanistan and its near and extended neighbors;

b) A sustained incremental approach to implementation of the Confidence Building Measures (CBMs) identified in the Istanbul Process document; and

c) Seeking to contribute and bring greater coherence to the work of various regional processes and organizations, particularly as they relate to Afghanistan.”

The operating concept looks at Afghanistan as a geographic pivot whose stability is crucial to peace in the region and beyond. The process includes 14 Heart of Asia countries, 17 supporting countries and 11 international and regional organizations, including the U.N., NATO, SCO and SAARC.

So far, on the ground, the process has not achieved much beyond the various scheduled meets. However, the complexities of getting Afghanistan back on the rails notwithstanding, the concept is sound. As Afghan President Ashraf Ghani said in Kabul at RECCA VI [Regional Economic Cooperation Conference on Afghanistan] in September 2015, Afghanistan can either become a “roundabout” or a “cul de sac.”

He is right. But there are many pitfalls and countries of the region, including Afghanistan, are carrying the baggage of history. There’s no tabula rasa. And yet, the only way forward is to put an end to violence in Afghanistan.

As Pakistan hosts the two-day ministerial meeting of the Heart of Asia-Istanbul Process, two positive developments have happened. India, under pressure from the U.S. and other countries of the world, has come back to the table, signaling the end of its deliberate disengagement with Pakistan. This has paved the way for India’s external affairs minister, Sushma Swaraj, to attend the conference. Two, President Ghani, whose participation in the Islamabad round had earlier been ruled out, has decided to attend. The government has had a high-level meeting and it has been decided that it will engage the Indian and Afghan delegations on the sidelines of this regional, multilateral process.

Consider India first. Since becoming prime minister, Narendra Modi had embarked on a policy of isolating Pakistan while demanding that any talks must only and narrowly focus on the issue of terrorism. Predictably, relations nosedived. There has been regular fire exchange at the Line of Control and the Working Boundary. A foreign secretaries’ meet was cancelled last year and the Ufa Declaration led to nothing, with both sides interpreting the text differently. But disengagement is no policy and multiple factors have contributed to pushing India into dropping its terrorism-only precondition, not least of which is the world’s attention to the so-called Islamic State in Syria and Iraq.

There has to be cooperation if countries are to be saved from imploding and what’s happening in Afghanistan over the past year doesn’t look good. No one has the time to tackle too many dysfunctional countries. Afghanistan must be dealt with, and quickly. And if it’s the Pakistan-India rivalry that’s messing things up, they need to sit down and work things out. India is a big country. It can withstand pressure, but, equally, the more it seeks to integrate with the world, the more it has to bear in mind the interests of the rest of the world.

Many analysts have talked about the recent meeting in Bangkok of the two national security advisers accompanied by the respective foreign secretaries as the result of the informal chat between P.M.s Sharif and Modi in Paris. That is correct. But more important is the fact of why the two P.M.s met in Paris and what led to Modi changing his position on talks. In the world of diplomacy and interstate relations things do not just happen and if they aren’t happening, they are made to happen.

Getting things started between India and Pakistan is not going to be easy but it doesn’t seem like New Delhi can again pull back at some point and not be seen as the spoiler. That’s the opportunity Pakistan must utilize toward normalization and a resumption of full dialogue.

On the Afghanistan side, recent developments are an about-face on Ghani’s policy last year. Statements in New Delhi by his NSA Hanif Atmar and deputy foreign minister Hekmat Karzai against Pakistan didn’t make people happy in Islamabad. But there is also a sense that matters cannot be allowed to slide further. Both sides have their facts. Both also have limitations. As I mentioned to a senior Afghan government official recently, Ghani’s reach-out process had the two sides seeking the desirable rather than settling for the doable. There’s need for Kabul and Islamabad to sit down and work out a phased approach, beginning with easier deliverables.

Afghanistan must also understand that it needs to establish its writ in areas which are not only controlled by Taliban groups but also satraps, many of whom are part of the post-2002 Afghanistan governance framework but are not prepared to accept Kabul’s central authority beyond a loose arrangement. Simply demanding Pakistan get the Taliban to the table while being unable to control territory internally is not really a workable option.

That said, Pakistan must do whatever it can, if at all possible, to ensure that the level of violence in Afghanistan is brought down. With the onset of winter, there are a few months to a potential spring offensive. This window must be exploited towards a result-oriented understanding. Pakistani officials also argue that Ghani is not fully in control of his own government. That may be so but my counterargument has been that Ghani wants Pakistan to play a key role and it is in our interest to do things that can strengthen his hand.

Ghani took a major risk by reaching out to Pakistan. He has inherited a set-up penetrated by external players hostile to a Pakistan-Afghanistan rapprochement. They are linked up with Ghani’s opposition. That is precisely the reason why Pakistan has to go beyond pro forma performance to ensure that Ghani can survive and exercise better control. The only way for Ghani to tackle his opposition at home is to present to the Afghan people the dividends of his reach-out to Pakistan.

It makes no sense for us to play this tactically. If they are funding our terrorists, let’s let their armed opposition put the squeeze on them. That’s not strategic and that’s not long-term.

The two-day conference in Islamabad is perhaps the last opportunity for both sides to work things out. The development on the India front should help. For the rest, we will have to wait and see.