‘One Suicide Committed Every 40 Seconds’ 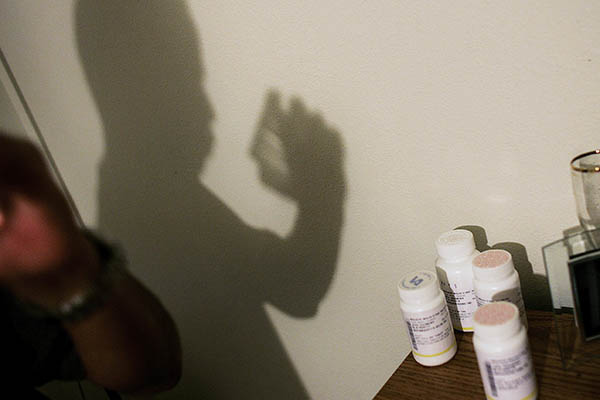 New U.N. report finds that Southeast Asia makes up over a third of the annual casualties caused by suicide.

One person commits suicide every 40 seconds, an avoidable tragedy that fails to grab attention because of taboos and stigma, a U.N. report said Thursday.

In a study released three weeks after the apparent suicide of Hollywood great Robin Williams, the World Health Organization also warned that media reporting of suicide details raises the risk of copycat behavior. “Every suicide is a tragedy. It is estimated that over 800,000 people die by suicide and that there are many suicide attempts for each death,” said WHO chief Margaret Chan in the landmark report capping a decade of research. “The impact on families, friends and communities is devastating and far-reaching, even long after persons dear to them have taken their own lives,” she added.

WHO, which called suicide a major public health problem that must be confronted and stemmed, studied 172 countries to produce the report. It said that in 2012 high-income countries had a slightly higher suicide rate—12.7 per 100,000 people, versus 11.2 in low- and middle-income nations. But given the latter category’s far higher population, they accounted for three quarters of the global total.

Southeast Asia, which in WHO-speak includes countries such as Pakistan, North Korea, India, Indonesia and Nepal, made up over a third of the annual.  Suicides in high-income countries, meanwhile, accounted for around a quarter of the global figure.

The most frequently used methods globally are pesticide poisoning, hanging and firearms, but jumping from buildings is a common method in highly urbanized areas in Asia. WHO cautioned that suicide figures are often sketchy, with less than half of those nations keeping clear tallies. As a result, it said, it crunched a range of data to enable it to craft country-by-country estimates of the suicide rate.

In high-income countries, mental disorders such as depression were present in up to 90 percent of people who died by suicide, compared with around 60 percent in countries such as China and India, WHO said. The U.N. agency said its goal by 2020 was to cut national suicide rates by 10 percent.

But a major challenge, it said, is that suicide victims are often from marginalized groups of the population, many of them poor and vulnerable to a string of pressures. And low-income countries whose health systems already struggle to deal with infectious diseases have particular difficulty detecting and helping people at risk of killing themselves.

“Suicides are preventable,” said Chan. “This report encourages countries to continue the good work where it is already ongoing and to place suicide prevention high on the agenda, regardless of where a country stands currently in terms of suicide rate or suicide prevention activities,” she added.

Experts have repeatedly castigated the media and social network users for giving lurid details of suicides, whether of celebrities such as Williams or unknown individuals who killed themselves in a bizarre fashion.

“Inappropriate media reporting practices can sensationalize and glamourize suicide and increase the risk of ‘copycat’ suicides,” the report said. “Media practices are inappropriate when they gratuitously cover celebrity suicides, report unusual methods of suicide or suicide clusters, show pictures or information about the method used, or normalize suicide as an acceptable response to crisis or adversity,” it said.