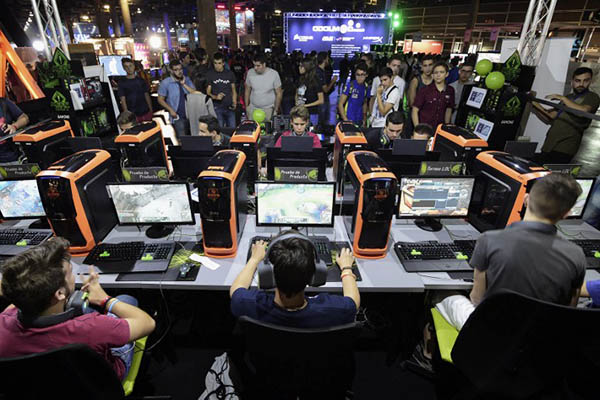 Australian study claims online games are a preferable alternative to social networks, which can hamper studies.

Playing online games may boost teenagers’ school results while spending time on social networks such as Facebook could do the opposite, according to an Australian study.

The research, based on the performance of 15-year-old Australians in the globally recognized Program for International Student Assessment (PISA) tests, looked at the relationship between Internet usage and educational outcomes.

“The analysis reveals that children who regularly use online social networks, such as Facebook, tend to obtain lower scores in math, reading, and science than students who never or hardly ever use these sites,” it said. “Conversely, the analysis shows that those students who play online video games obtain higher scores on PISA tests, all other things being equal,” the study published in the International Journal of Communication said.

The study said it was possible that children who were already gifted in maths, science and reading were more likely to play online games. But it added that while both gaming and socializing used time that teenagers could otherwise spend studying, video games “potentially allow students to apply and sharpen skills learned in school.”

“Students who play online games almost every day score 15 points above the average in maths and 17 points above the average in science,” study author Alberto Posso said on Tuesday. “When you play online games you’re solving puzzles to move to the next level and that involves using some of the general knowledge and skills in maths, reading and science that you’ve been taught during the day.”

Students who used online social networks on a daily basis scored 20 points lower in maths than a student who never used this type of social media, according to the study, which used the PISA ranking for 12,000 pupils from 2012 and controlled for other influences.

“Students who are regularly on social media are, of course, losing time that could be spent on study—but it may also indicate that they are struggling with maths, reading and science and are going online to socialize instead,” Posso said.

Internet usage among teenagers is considered particularly high in Australia where 97 percent of 15 to 17 year olds say they frequently go online. Some 78 percent of the children in the sample used online social networks almost every day or every day.

Use of the Internet was not bad in itself, and Posso, from the Royal Melbourne Institute of Technology, suggested teachers consider incorporating popular video games into their lessons—“as long as they’re not violent ones.”

He also said other factors also needed to be considered, with skipping school every day about twice as bad for results as using Facebook or chatting online daily.