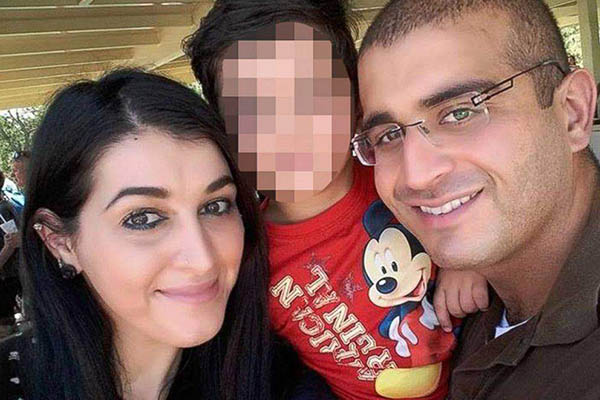 The widow of Orlando nightclub shooter Omar Mateen was formally charged on Tuesday with a terror-related offense and obstruction of justice in connection with the attack.

The two-count indictment states that Noor Salman, who was arrested on Monday in northern California, aided and abetted her husband’s attempt to provide material support to a foreign terrorist organization, namely the Islamic State group. The 30-year-old is also charged with obstruction of justice for allegedly misleading local police in Florida and the Federal Bureau of Investigation on information relating to the attack.

Forty-nine people died in Mateen’s assault on the Pulse gay nightclub on June 12, the deadliest mass shooting in modern U.S. history. The gunman was killed in a shootout with police and during the attack called dispatchers to pledge allegiance to I.S.

Salman, who had a four-year-old son with Mateen, made an initial appearance in federal court in Oakland, California, on Tuesday and had the charges read out to her. She faces up to life in prison if found guilty.

Given that it was unclear if she had an attorney in California, another hearing was scheduled for Wednesday, a spokesman for the U.S. Attorney’s office told AFP. He said Salman, who moved to the San Francisco area to live with family after the attack, was provisionally represented by a federal public defender on Tuesday.

Her case is expected to be transferred to Florida.

The young woman said little during Tuesday’s hearing but her uncle, Al Salman, defended her outside the courtroom, telling reporters she knew nothing of the attack and had suffered domestic abuse. “I know she’s innocent, 100 percent,” Salman said, adding that her main concern was her child. “She’s innocent, simple person. She will not hurt a fly.”

Media reports have said that Salman may have had prior knowledge of her husband’s plan to carry out the massacre, as she had accompanied him on at least one trip to the nightclub and on one occasion went with him to buy ammunition. The indictment—which was returned in Florida on Jan. 12—asks that Salman’s assets, including $30,500, be forfeited.

She was taken into custody early Monday in Rodeo, a community about 25 miles northeast of San Francisco. Her uncle said her son is now being cared for by his maternal grandmother.