Our Lack of Work Ethic

Exploring the roots of corruption in Pakistan.

After Max Weber wrote The Protestant Ethic and the Spirit of Capitalism in 1904, the word ethic has lost all abstraction. It now means “work ethic,” that is, a man’s relationship to his work and the contract under which it is performed. For example, if you are selling tablets and saying “100 tablets” on the bottle then there must be a hundred tablets inside the bottle. That is your contract; ethic is attached to contract. 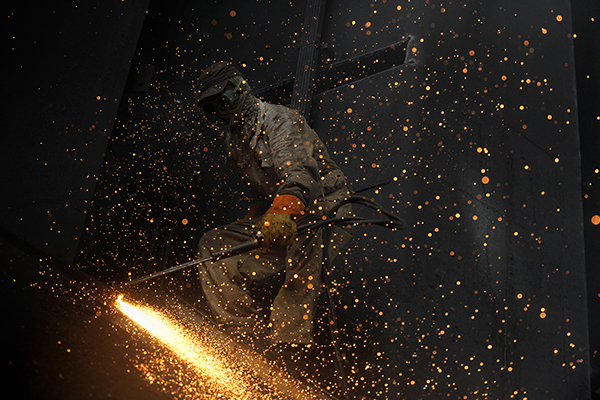 The Muslim mind today is by and large concentrated on worship and not on ethic, which leads to the formation of a hypocritical society where the market remains perennially uncertain because of dishonesty. Not that Islam doesn’t teach ethic. The Quran tells us of a “nation of Prophet Shoaib” that was destroyed by Allah because “it did not measure honestly” in the marketplace.

Ironically, Europe got its ethic from religion, from Protestantism, which was a revolt against the “corruption” of Roman Catholicism under a Pope. Niall Ferguson talks about ethic in his book Civilization: the West and the Rest (Allen Lane, 2011)—which supplements an earlier classic, Trust by Francis Fukuyama. Ferguson’s book is an investigation into how capitalism took off and dominated the world economy. He followed this with The Ascent of Money to round off his exploration of civilization.

Ferguson writes: “If you were a wealthy industrialist living in Europe in the late nineteenth century, there was a disproportionate chance that you were a Protestant. Since the Reformation, which had led many northern European states to break away from the Roman Catholic Church, there had been a shift of economic power away from Catholic countries like Austria, France, Italy, Portugal, and Spain and toward Protestant countries such as England, Holland, Prussia, Saxony, and Scotland. It seemed as if the forms of faith and ways of worship were in some way correlated with people’s economic fortunes.”

Strangely, it was Martin Luther, the leader of the Reformation revolt against the Roman church, who replaced the word “profession” with “vocation,” a Latin word meaning “calling,” that is, work to which God has “called” us. Ironically, Luther was a Jew-hater and had no idea that his protestant ethic will be absorbed by the Jews of Europe perhaps more effectively than his own flock. By the way, Weber too was equally a Jew-hater and simply ignored facts while putting them outside the pale of ethic, that is, outside capitalism itself.

Before Reformation, Christianity was somewhat like Islam today: Christian religious devotion was seen as something distinct from the material affairs of the world. “Lending money at interest was a sin. Rich men were less likely than the poor to enter the Kingdom of Heaven. Rewards for a pious life lay in the afterlife,” writes Ferguson.

Calvinist Benjamin Franklin was to give the world the adage “work is worship,” which is what we lack as Muslims today, especially during Ramzan when worship is at its peak but work ethic at the lowest ebb.

“There was indeed, as Weber assumed, a clear tendency after the Reformation for Protestant countries in Europe to grow faster than Catholic ones, so that by 1700 the former had clearly overtaken the latter in terms of per-capita income, and by 1940 people in Catholic countries were on average 40 percent worse off than people in Protestant countries.” In 2013 things are no different, and Germany is bailing the rest of Europe—mostly in the Catholic south—from recession.

When conduct is ethical it inspires trust. Fukuyama claimed that the European civilization progressed because of trust. There is no doubt that in the West there is a kind of trust in individual transactions that one doesn’t always find in Pakistani society. At least, society offers an uneven manifestation of it. For instance, in the Punjab, where the individual is still a “warrior,” it is minimal: people don’t trust the “other” enough to enter into firm commitments (commitment is an important part of trust) and end up not paying for goods bought. On the other hand, in Karachi, where businessmen belong to traditionally trading communities, trust is fundamental to economic success. The Lahore trader is notorious for his “pipeline” payment system; the Karachi trader pays promptly on receipt of goods.

Gujarat once had the only port of India looking westward, which gave rise to its first trading community. The Muslims who fled to India and landed in Surat were treated well simply because the rulers were mostly Jain and non-warriors. This is the Muslim community of “trust” transplanted in Karachi which has ethic in Pakistan. It is because of trust that societies submit to “regulation,” the magic word that sustains the state and above all sustains the free enterprise of capitalism. Regulation in Pakistan is used for corruption in the shape of red-tape. Lack of trust leads to evasion of tax—and taxation is a regulation without which no state can survive.