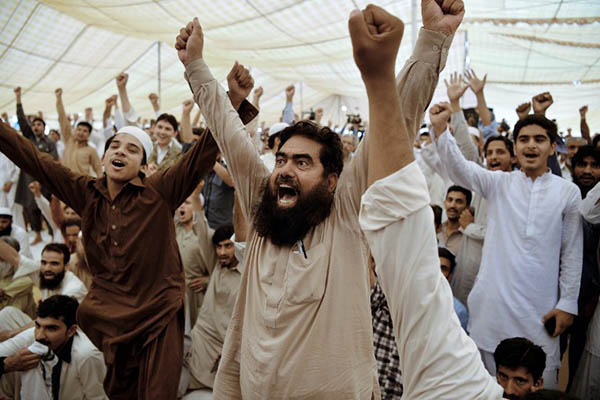 Not long ago Pakistan was besieged by militants who killed for crime and creed. The high-water mark was reached on Dec. 16, 2014, when 140 children were massacred at Peshawar’s Army Public School and the killers had the cheek to refer to an Islamic tradition to justify what they did. Less than two years later, the National Counter Terrorism Authority says that under the National Action Plan executed by 7,816 trained personnel, terrorism is down by 80 percent with 2,400 militants having been killed and 7,000 arrested.

One blessing accruing from the National Action Plan was the ban on hate speech which has yielded 10,420 “firebrand speakers” behind bars. Homegrown violence is more often triggered by self-righteous rage than any “foreign hand.” The counterterrorism department of the Punjab has given battle to armed militants and killed 69 in the last two months. Significantly, 182 madrassahs have been closed because they abetted militants.

For once, through this policy, we have abandoned the “foreign hand” theory of threat. But there is fear that regional developments—all related to trade and trade routes—can trigger the old reflex again. We must look at the Chabahar trade corridor in the same spirit as we want others to take our China-Pakistan Economic Corridor. We must refrain from the old pastime of “strategic” thinking, which sees India encircling Pakistan with the help of Iran and Afghanistan. Sadly, this is what is being done in the media.

We feel close to China but we don’t follow its example. We have ignored Chinese Prime Minister Li Keqiang’s comment on Chabahar and his proposal to link it with the Gwadar-based trade corridor. “Experts” who see trade as a new threat to Pakistan’s security should concentrate on China’s response to America’s “Asian pivot” against its growing power. Pakistan’s future depends on not how Pakistan is “externally” threatened, but how it can face up to internal threats.