Home Opinion Out of Afghanistan

Learning the hard lessons from a dozen years of war.

[dropcap]O[/dropcap]ne thing is certain: very few of the so-called Afghanistan experts got it right. The cheerleaders who thought Iraq would be a walk in the park did not take into account the greater difficulty in operating in Afghanistan’s rougher natural and human terrain. Absent deep knowledge of the local society and a clear definition of aim, the invading force went through seasons of change, with greater frequency than even the change of coalition commanders. Continuity was absent in leading both the civil and military effort. This did not serve well the troops and civilians who toiled in the trenches and suffered huge losses.

Now, as the U.S.-led coalition prepares to exit Afghanistan’s warfare and tries to craft a new role for itself, with uncertain and often difficult Afghan partners, it might be time to reflect on what we learned over the past dozen years. Two must-reads that have come out recently serve as a point of departure for this purpose.

William Dalrymple’s superbly researched and splendidly told story of the First Afghan War, Return of a King: the Battle of Afghanistan, chronicles the confused and arrogant British colonial approach to Afghanistan as they attempted sporadically to install the benighted Shah Shuja on the throne of Kabul. The tragi-comedy of errors left thousands dead and deeply etched the British memory of defeat. But they reprised their actions at least twice before exiting the region, leaving behind a detritus of conflicts that continue to this day. 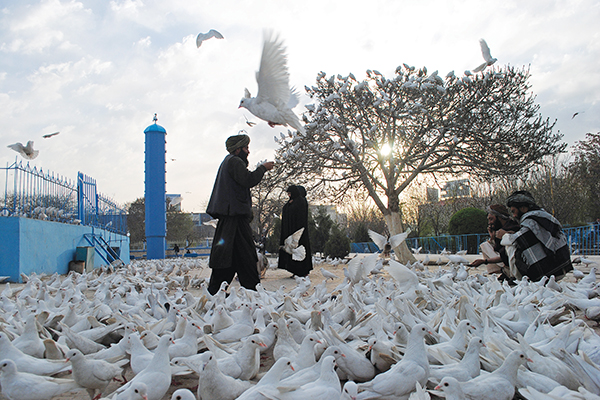 There’s also Akbar S. Ahmed’s insightful study of the Western way of war against resistant and resilient tribal societies, The Thistle and the Drone: How America’s War on Terror Became a Global War on Tribal Islam, which adds intellectual heft to the call for better understanding of societies that the technologically advanced West wishes to transform, often with the argument of war. Ahmed, who has returned to his own intellectual strengths found in his seminal work Pukhtun Economy & Society: Traditional Structure & Economic Development, leads us on a global travelogue of disasters involving well meaning, arrogant foreigners trying to reduce complex, much older societies to stereotypes and malleable objects—without much success. For those brave enough to wade through his occasional lapses into anthropological jargon, Ahmed’s new book offers a rich education that has been missing in our discourse in the past decade or so.

Essentially, what both Dalrymple and Ahmed have done is help us understand the role of traditional sources of authority in maintaining peace and stability in tribal societies around the globe. Yet, it is important to find ways of integrating them into the larger political entities of the state to which they belong, rather than being treated as “outsiders,” a concept captured by the term ilaqa ghair or “alien territory.” Force feeding tribal societies on the diet of imported ideas and systems can only produce conflict and resistance. Change must come from within. It must be owned and must transform traditional societies at their own pace and in line with their value systems.

The coalition’s exit out of Afghanistan offers a chance for the West and for Pakistan to relearn the lessons captured by Dalrymple and Ahmed. Stop treating Afghanistan and the border agencies that comprise the Federally-Administered Tribal Areas as an appendage that must be changed from outside. Integrate them into the regional and national framework by creating an enabling environment that allows the inhabitants of these areas to shape their own future, as equals to their countrymen in the settled areas and in the cities of both countries. Leave Afghanistan to the Afghans to manage. And leave FATA to the Pakhtuns who own it and who want to be treated equally by all Pakistanis. If not, risk the powerful forces of resistance rooted in centuries of tradition. In brief, the answer to the endgame in Afghanistan may lie in books—not in bullets or bombs.

Nawaz is director of the South Asia Center of the Atlantic Council, a think tank in Washington, D.C. From our April 19, 2013, issue.

Although an interesting read, I must say I am dismayed that Intellectuals of Pakistani Heritage such as Shuja Nawaz and Akbar S. Ahmad are not devoting at least some of their energies to reexamining the question: “Can Pakistan be insulated from Afghanistan” – if all hell does break loose in Afghanistan post 2014.

Given how disastrous the fallout on Pakistan from a renewed internecine conflict in Afghanistan will be – it is imperative that Intellectuals at least consider a Plan-B, no matter how much of the dreaded out of the box thinking is required.

It is amazing that the strategic community often elucidates non-viable schemes such as: “fix Kashmir to fix Afghanistan” yet ones that are more economical such as insulating Pakistan from Afghanistan find no patrons.

The interests of the world do lie in Pakistan, a nuclear armed country with a population of 180 million that sits on the same benches as India, China and Iran and has a decent chance at success. Afghanistan’s tragic future if quarantined will have no real bearing on the world at large.