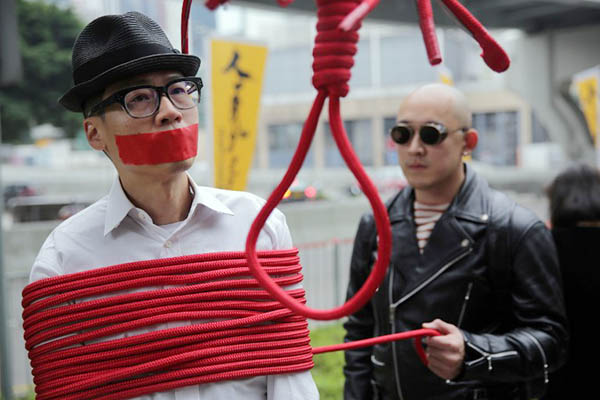 Cambridge University Press, the world’s oldest publisher, said on Friday it had blocked access to some of its own academic articles in China, prompting an international outcry among scholars.

“We can confirm that we received an instruction from a Chinese import agency to block individual articles from [the journal] China Quarterly within China,” the British publisher said in a statement posted on Twitter. Cambridge University Press (CUP) said it had complied with the request “to ensure that other academic and educational materials we publish remain available to researchers and educators in this market.”

CUP, which published its first book in 1584, said it would block access again if asked to do so “when the wider availability of content is at risk.” But the company said it was “troubled by the recent increase in requests of this nature” and was planning to address the issue in meetings with Chinese officials at the Beijing Book Fair next week.

The censorship of the digital version of a respected scholarly journal caused an outcry among international academics, who saw it as a curb on academic freedom and an attempt to censor history.

Christopher Balding, economics professor at Peking University in Shenzhen, China, launched a Change.org petition to protest. “We call upon Cambridge University Press to refuse the censorship request,” read the petition.

The China Quarterly’s editor Tim Pringle said access to over 300 articles and reviews had been blocked. “This restriction of academic freedom is not an isolated move but an extension of policies that have narrowed the space for public engagement and discussion across Chinese society,” he wrote.

Pringle published a list on Friday on the journal’s website of the censored content, including many articles about the 1989 Tiananmen Square protests and the Chinese democracy movement. “Attaching your name and reputation to a censored history is to be complicit in creating it,” said Greg Distelhorst, a professor at MIT in the United States. “CQ’s status as a leading journal is precisely why publishing a politically sanitized edition in China will do so much harm,” he wrote on Twitter.

China’s Internet is already considered one of the most tightly-controlled in the world, with a censorship system known as the “Great Firewall.” Many foreign news and social media websites, such as Facebook and The New York Times, are blocked. But new restrictive measures have multiplied in recent months, with content such as celebrity gossip blogs and online video streaming sites hit by the regulations.

Another mandate in the new web laws requires online platforms to get a license to post news reports or commentary about the government, economy, military, foreign affairs and social issues. There has also been increasing concern among Internet users that they will completely lose access to virtual private networks (VPN), software that allows people to circumvent the Great Firewall.