Outrage as Indian Minister Suggests Opponents be ‘Tied Under Jets’ 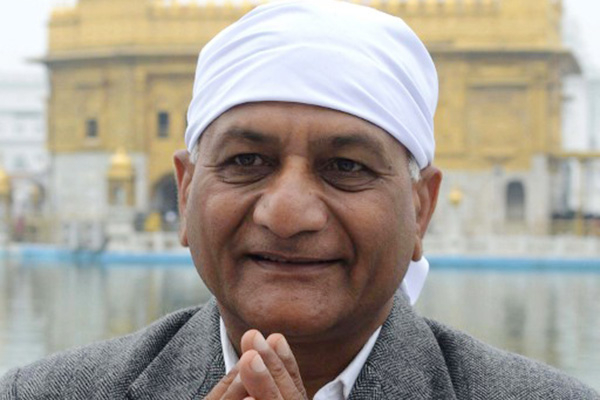 Indian opposition leaders who question the country’s bombing raid on Pakistan last week should be tied under fighter jets and dropped like bombs when they stage a new mission, a government minister said on Wednesday.

The comments inflamed an already bitter showdown between Prime Minister Narendra Modi’s Hindu nationalist Bharatiya Janata Party (BJP) with the opposition over its claims that he has used the military strike to boost his standing ahead of a national election.

The BJP has given conflicting accounts about the success of the air raid on a militant camp run by a group blamed for a Feb. 14 suicide bombing in India-Occupied Kashmir that left 40 Indian paramilitaries dead.

Twelve days later Indian jets bombed what New Delhi called a “terrorist” training camp inside Pakistan territory taking the neighbors to the verge of a new war. BJP leaders, including party president Amit Shah, claimed up to 250 people were killed in the cross-border raid. But the opposition has demanded the toll be backed up and accused Modi of making political capital out of the attacks.

“I think when India does something [like this] again then the people from opposition parties raising these questions can be tied under the jets during the raids so that they can look at the targets,” junior foreign minister V.K Singh told media. “They can look at the targets when the bombs are fired and then can also be dropped [there] to count before coming back,” Singh added.

After the raid, the Indian government said “a very large number” of Jaish-e-Mohammad militants, commanders and trainers had been “eliminated.” But no official figure on the damage has ever been given and Pakistan has denied there were any casualties.

With a national election to be called imminently, Modi’s BJP has still touted the mission at political rallies across the country. “The government under Modi’s leadership carried out the airstrike and killed more than 250 terrorists,” Amit Shah, one of Modi’s closest lieutenants, told one rally this week.

SS Ahluwalia, a junior minister, came up with a different claim earlier however, saying the raids were intended to give a lesson and not kill anyone. The differing accounts have increased demands that the government clarify its toll.

“P.M. Modi has blatantly politicized the bravery and martyrdom of India’s soldiers as a political pamphlet,” said Randeep Singh Surjewala, spokesman for the main opposition Congress party. Modi “is indulging in shameless credit-seeking for the valor of armed forces as a last resort for the 2019 elections,” Surjewala added on Twitter.

A heated exchange between a top Modi cabinet minister, Piyush Goyal, and a television journalist went viral earlier this week. The journalist, citing international media reports, asked Goyal why the government has not given more details to back its claims of the mission’s success.

Goyal said such questions were part of a “shameful” campaign “to belittle our armed forces.”