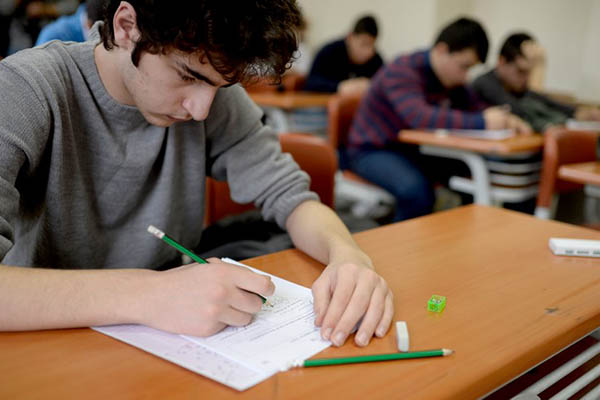 A move by the Turkish education ministry to remove evolution from the national school curriculum has sparked an outcry and accusations the government is “brainwashing” students.

The government says the change—part of a broad revision of the school curriculum—will modernize learning. But critics see it has a step back from scientific rigor toward creationism by the Islamic-rooted authorities under President Recep Tayyip Erdogan.

The head of the Turkish education board, Alparslan Durmus, said in a video message evolution would no longer be taught in biology lessons in high schools from September onwards as it was “controversial.”

“We have left aside some controversial subjects because we know it is not possible for our students to have the necessary scientific or information background to understand them,” Durmus said.

The theory—formulated by Charles Darwin in the 19th century as the theory of natural selection—would be studied from university-level onwards. The change is not the only shift in a planned curriculum overhaul that will be implemented by 2019. Durmus also said the curriculum would move away from “a Eurocentric point of view,” especially in history lessons.

The move comes after Deputy Prime Minister Numan Kurtulmus said in January the theory of evolution was “a scientifically obsolete and rotten theory.”

“There is no rule saying that this theory must absolutely be studied,” he said.

Education Minister Ismet Yilmaz said the new curriculum—approved by Erdogan—would “give children a much better education.” The goal was to ensure “our children and students do not just use knowledge and technology but at the same time will create” them, Yilmaz said, quoted by Dogan news agency on June 27.

Feray Aytekin Aydogan, head of the secular Egitim-Sen teachers’ union, described the move to remove evolution as “backward, dangerous.” Aydogan said the move would make Turkey compare unfavorably with Iran, where she said students received 60 hours of lessons on evolution and 11 hours on Darwin.

“We will not surrender to the darkness. We will continue to promote scientific education,” said Aydogan whose union represents over 100,000 education and science workers.

Thousands of the union’s members were suspended from their jobs over alleged links to Kurdish militants under the state of emergency, though many were later reinstated. The union denies any links to terrorism, saying it supports secular education, peace and democracy.

Baris Yarkadas, a lawmaker from the opposition Republican People’s Party, accused the ruling Justice and Development Party of “brainwashing” children and wanting to isolate Turkey. “What they want to do here is completely remove secular and scientific education to avoid a generation that thinks, questions or creates,” he told AFP.

Independent lawmaker Aylin Nazliaka agreed: “They want to create an ideological apparatus with young people who think like them.”

Durmus explained in the video published on June 21 that the purpose was to prepare children for “tomorrow.” Contacted by AFP, an education ministry official declined to comment on the controversy.

Critics say there will also be fewer mentions in the new curriculum of the Turkish Republic’s founder Mustafa Kemal Ataturk, who set up the modern secular Republic in 1923 out of the ruins of the Ottoman Empire. Ataturk believed that in order to be a strong modern state, Turkey had to embrace values like women’s rights, Western arts and also science.

“This democratic, secular republic has come about thanks to scientific education,” the head of the Kemalist Thought Association, which defends Ataturk’s legacy, Tansel Colasan, told AFP. She said the changes were part of the government’s goal to create a “New Turkey” ahead of the Republic’s 100th year anniversary in 2023. “They want to remove Ataturk’s name [and] those who built the Republic from schools,” Nazliaka said.