Home Latest News Outrage, Despair Over Rape of Woman and Her Daughter in Kashmore

Outrage, Despair Over Rape of Woman and Her Daughter in Kashmore 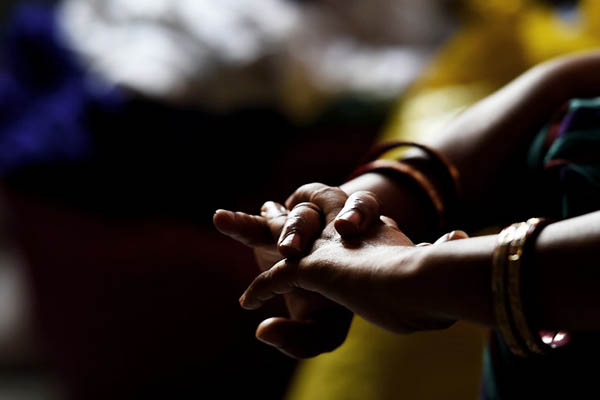 Primary accused in police custody, while an accomplice remains at large

Police in Sindh on Thursday said they had arrested a man for allegedly raping a woman and her 5-year-old daughter for two days after luring the victim with a job offer in Kashmore, prompting mass outrage and calls for justice for the victims.

Confirming the suspect’s arrest, Senior Superintendent of Police Amjad Ali Shaikh said an accomplice that had been involved in the gang-rape of the woman remained at large. He said investigations were ongoing, adding that police hoped to arrest him “shortly.” He said the primary accused had confessed to his crime but DNA testing was being conducted to establish a concrete case.

Shaikh said both the woman and her daughter had been medically examined and their samples had been sent for forensic investigation. He said the minor victim had been in critical condition when she was recovered from the accused, adding that she had been treated in hospital and was now “stable.” However, he noted, that while healthcare professionals expected her to physically recover, the trauma of the heinous crime “might live on forever.”

Both victims are originally from Karachi, say Kashmore police. They said the suspect had lured the woman to Kashmore on the promises of employment. However, she told police, that the suspect had raped her upon her arrival before “handing her over” to another man who also raped her.

The victim reportedly said that after she had tried to leave, the suspect had kept her five-year-old daughter hostage, saying he would only release her if the victim brought him another woman. When the woman informed police of this, they devised a risky plan to secure the daughter’s release and apprehend the suspect.

“Assistant Sub-Inspector Mohammad Bux Buriro persuaded his wife to talk to the suspect over phone [to convince him there was another victim],” said Kashmore police. Then the ASI’s daughter accompanied the victim to a park in Kashmore where the suspect said he would meet them.

Upon his arrival, the suspect was immediately arrested and police discovered he was holding the 5-year-old hostage in a cattle pen. “The girl told police he had raped her,” the police officer said, adding that they had needed to lure him with a new victim because they feared he might hurt or even murder the hostage if he felt he was being duped.

A case has been registered against the two men on the complaint of Kashmore police under Sections 376 (punishment of rape), 344 (wrongful confinement for 10 or more days), 420 (cheating) and 34 (common intention) of the Pakistan Penal Code. Police said they had made themselves the complainants because the victim is a poor woman who feared she would be unable to travel back-and-forth from Karachi to ensure justice was delivered.

The incident sparked outrage on social media after a video of the 5-year-old victim went viral. In the harrowing video, she is seen telling police how the suspect attacked and molested her. Amid calls for the harshest possible punishment for the culprits, rights activists and politicians renewed demands for the government to probe the reasons behind such crimes, saying mindsets needed to be changed to protect women and children.

Many social media users also expressed deep sorrow over the incident, questioning the safety of women and children in the country.

Amid the anger, there was also support and praise for ASI Buriro, who put his own daughter at risk to ensure the suspect was arrested and the victim safely recovered.

PPP Chairperson Bilawal Bhutto-Zardari, whose party has the government in Sindh, issued a statement saying he was “shocked” over the “brutal incident.” He said “the beasts involved in this gruesome crime have shamed humanity,” and vowed that the victims would get justice at all costs. He also directed the provincial government to ensure adequate medical treatment was provided to both victims.

Human Rights Minister Shireen Mazari also condemned the horrific crime. In a posting on Twitter, she said the “Kashmore rape case shows how despite laws a bestial mindset continues to ravage our society, violating our children.” She urged the Sindh government to ensure strict enforcement of law.