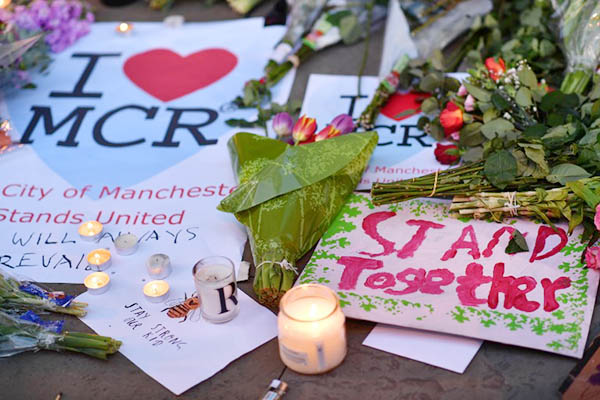 By targeting children at a pop concert in Manchester, the Islamic State group aimed to cause maximum outrage and sow divisions by turning people against Muslims, experts say.

Ariana Grande, the U.S. pop star who had just finished performing when the bomb ripped through the foyer of Manchester Arena in northwest England on Monday, is hugely popular with pre-teens and teens. The first of the 22 people killed to be named was an eight-year-old girl.

The attack was the deadliest in Britain since July 7, 2005, when four suicide bombers inspired by Al Qaeda attacked London underground trains and buses, killing 52 people and wounding 700 more.

David Videcette, a former Metropolitan Police detective who investigated the London attacks, told AFP that the jihadist group would have carefully chosen the target in Manchester. “I think it is a deliberate ploy on their part to gain a level of anger and disgust from the general public that would be directed towards other Muslims because that assists them in their recruitment drive,” said Videcette, who now writes thrillers based on his experiences.

The Manchester bombing was also, he suspects, timed to coincide with the fourth anniversary of the hacking to death of soldier Lee Rigby by two jihadists in London. It also fell exactly two months after the car and knife attack near the British Houses of Parliament.

The message from them is that “we can do this at will, we can do it where we want and we can do the type of thing that we choose to do and you can’t stop us,” Videcette said.

In a statement released through its social medial channels, I.S. said one of its “soldiers” had carried out the bombing in which he killed himself.

Yves Trotignon, a former agent in France’s foreign intelligence service DGSE, drew parallels between the Manchester attack and two atrocities in France last year—the lorry attack that killed 86 people on the Nice seafront and the murder of elderly priest Jacques Hamel near Rouen. “What is extremely shocking in this attack is the target,” he said. “All the security services fear an attack against a target that the public find unbearable. It’s the Nice attack, with children crushed and killed. Or it’s the killing of Father Hamel, which caused deep shock.”

British Prime Minister Theresa May called the Manchester attack “appalling and sickening” but stressed that it must not be allowed to divide the country.

After attacks using trucks in Stockholm and Berlin in the last six months, western Europe saw a return to the use of explosives to cause carnage in Manchester. The fact that it was the first large-scale bombing in Britain since the 2005 London attacks is significant, Videcette said.

“It is a step change for two reasons—first it bucks the trend and second, there is the level of expertise involved in building an improvised explosive device that is viable from scratch without getting detected by any of the safeguards we have put in place since 2005,” he said.

Shashank Joshi, senior research fellow at the Royal United Services Institute (RUSI), said however that while the type of attack and its target were unusual for Britain, they were unexceptional when placed in an international context. He said targeting concertgoers brought to mind the November 2015 attack on the Bataclan music hall in Paris that killed 90 people “and in that sense it represents a generic attack on a soft target of the type we have seen again and again in Europe in recent years.”

“It is particularly offensive to our sensibilities but we have to avoid over-interpreting this without more information. Prior attacks have also killed children and targeted civilians,” he said. “We have seen terrorist attacks across the world and targeting children is just one more choice on that spectrum. Is it fundamentally different to enslaving Yazidi girls, raping them and murdering them, which is what I.S. have done? I don’t think it is,” he said.

Let’s don’t turn against the poor mistreated muslims. Let’s invite more in, put them on welfare and foodstamps, and jump through hoops to make them happy, because dead children are a small price to pay for what the muslims bring to our societies.