Over 2,000 Refugees Reach Turkey as Kurds Take On Islamic State 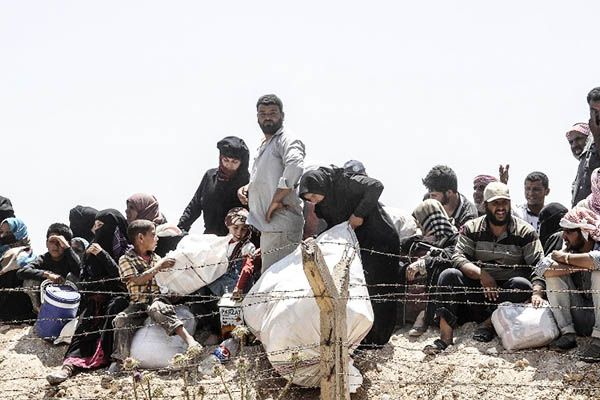 The displaced include Iraqi and Syrian nationals, say Turkish officials.

“Of those displaced, 686 are Iraqi nationals who first fled their country and then were forced to flee Syria,” said a Turkish official. They left their war-torn country via the Turkish border post of Akcakale, which faces the I.S.-held Syrian town of Tel Abyad, the official said. Nearly 9,000 refugees have entered Turkey since last week, the official added.

Kurdish forces launched an offensive two weeks ago against the I.S., and took over a dozen villages either side of Raqa. They aim to wrest control of Tel Abyad border crossing in order to free up passage from Kobane, on the Turkish frontier, to Qamishli, which is close to the Iraqi border.

Formerly an ally of Damascus, Ankara broke off its relationship with Syria’s President Bashar al-Assad as a 2011 uprising escalated from peaceful demonstrations to a bloody civil war. More than 1.8 million Syrians have fled their country for Turkey, making it the country that has taken in the highest number of refugees in the region.

The Turkish government said in April it has spent almost $5.5 billion to provide for these refugees, complaining that it received little international support.