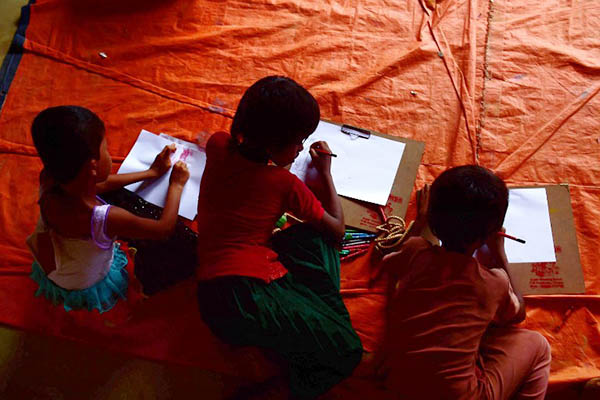 E.U. commissioner says number of people, their needs and trauma is ‘beyond imagination’

The E.U. Commissioner for Humanitarian Aid and Crisis Management described the refugee crisis as the “biggest” in decades after more than 600,000 Rohingya entered Bangladesh from Myanmar’s Rakhine state since late August. “I was shocked during the visit in the camps by the magnitude of what I saw. The magnitude of the influxes in a very short time, it’s completely unique,” he told AFP during an interview. He said the number of unaccompanied children now stood at “over 40,000.”

“I think, this figure alone can demonstrate the scale of the problem,” he added.

Aid agencies have raised concern over the appalling humanitarian crisis in the camps where refugees have faced acute shortages of shelter, water, healthcare and sanitation. “The current refugee crisis here in Cox’s Bazar is the biggest in decades and it requires a comprehensive and a coordinated humanitarian response,” he told reporters in Dhaka. “The number of people, their needs, their trauma is beyond imagination. The number of children with acute malnutrition is also beyond imagination,” he said.

Stylianides said the E.U. would advocate, especially to Myanmar’s government, to find a political solution to resolve the crisis, and urged Dhaka and Naypyidaw to engage in talks. “The government of Bangladesh and Myanmar should continue to engage in dialogue,” he said.

The commissioner also criticized Myanmar for not letting media and aid agencies have access to Rakhine. He said the E.U. was trying to convince Myanmar to deal with the crisis within the framework of international humanitarian and human rights law.