Over 600,000 Security Personnel Deployed for Elections 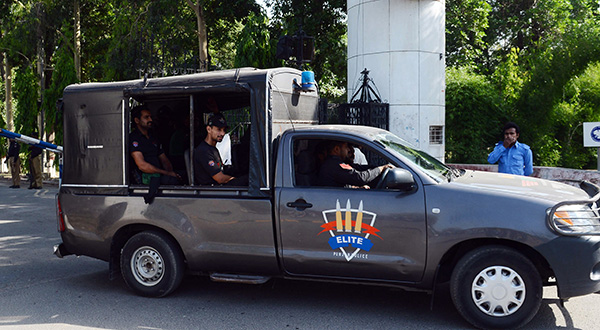 Seven to 10 personnel will be stationed at each ‘sensitive’ polling station, five at each ‘secure’ station.

Pakistan will deploy more than 600,000 security personnel during next week’s general elections to guard against Taliban attacks that have marred campaigning, an official said Thursday.

The Election Commission has set up more than 73,000 polling stations, with 20,000 earmarked as “sensitive or most sensitive,” spokesman Khurshid Alam said. The number of “sensitive” locations could be increased, he added. “The Army has promised to provide 50,000 troops for Election Day security,” said Alam, adding that this number may also be increased if deemed necessary. “They will be part of a total deployment of over 600,000 security personnel and members of the other law enforcement agencies, like police, paramilitary rangers, tribal police, and national volunteers.” Five security personnel will be stationed at each polling station, and seven to 10 at “sensitive” and “most sensitive” polling stations, Alam said.

The Taliban have claimed most of the attacks during the campaign after branding democracy “un-Islamic” and a system for infidels. The militia has leveled direct threats against the three main parties—Pakistan Peoples Party, Muttahida Qaumi Movement, and the Awami National Party—of the outgoing government. Opposition leader Nawaz Sharif and opposition politician Imran Khan are the only two national party leaders holding large public rallies.

On Tuesday, Pakistan’s Army chief, Gen. Ashfaq Kayani, said the Army was determined to ensure peaceful elections. “Our salvation resides in transforming the government into a true platform of public representation,” he said.