Over 700 Iraqi Men and Boys Missing from Fallujah 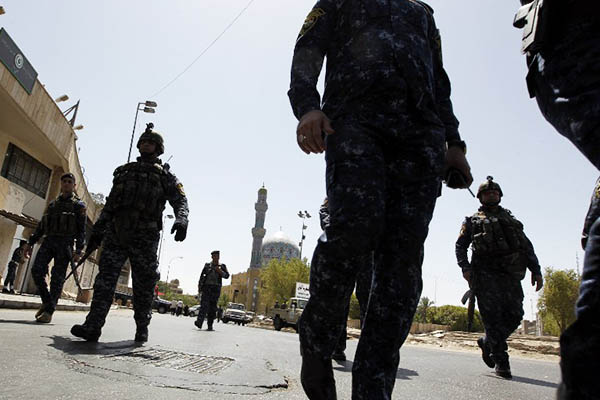 A total of 738 men and boys remain missing after militias detained them during the Iraqi government’s offensive to retake Fallujah from Islamic State jihadists, a U.N. envoy said on Friday.

Jan Kubis told the Security Council that the U.N. mission in Iraq had received credible reports of torture, killings and disappearances by the militias and Iraqi security forces during the Fallujah offensive. Iraqi forces seized control of Fallujah, a longtime jihadist bastion, in late June, a month after a vast operation was launched.

U.N. officials have determined that 95 men remain unaccounted for after they were detained by the Shia militias known as the Popular Mobilization Forces on May 25 in the Al Sejar area of northeast Fallujah, Kubis said. An additional 643 men and boys remain missing after they were picked up by Popular Mobilization Forces-affiliated groups on June 5 while leaving Saqlawiyah, north of Fallujah, he added.

Kubis said Iraqi authorities must take swift action to identify the whereabouts of these missing men and boys and ensure those responsible for rights violations face justice.

Iraqi Prime Minister Haider al-Abadi last month announced the creation of a committee to investigate the allegations of rights violations and serious crimes in Fallujah.

The envoy stressed that “these lessons from Fallujah” must be taken into account as preparations gather steam to retake Mosul, Iraq’s second city, which has been under I.S. control since June 2014.

The United Nations estimates that the humanitarian effort from the campaign to retake Mosul will cost up to $1 billion and “will be the largest and most sensitive humanitarian crisis in the world in 2016,” said Kubis.

The Fallujah operation displaced 640,000 people in the Anbar governorate alone, on top of the 3.4 million Iraqis who have been driven from their homes since the rise of I.S. in 2014, according to the United Nations.