Over 800 People Have Died in Rain-related Incidents across Pakistan 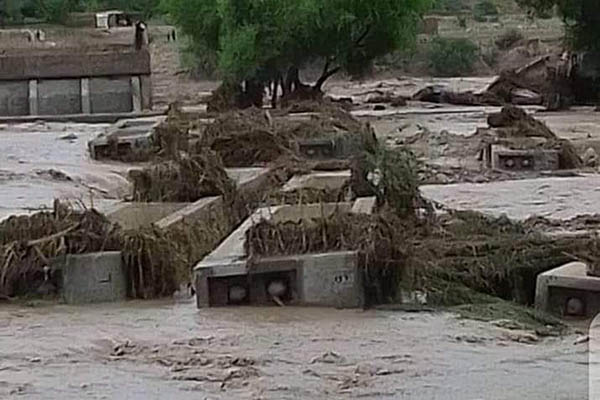 Tens of thousands have been left homeless in south Punjab. Screengrab

Prime Minister Shehbaz Sharif on Monday directed authorities to expedite rescue and relief efforts in flood-stricken of Pakistan, as the National Disaster Management Authority (NDMA) confirmed that 820 people had died due to various rain-related incidents from June 14 till now.

Tens of thousands of people across Pakistan—but especially in Balochistan, Sindh and south Punjab—have suffered from this year’s torrential rains, with flooding leaving them without shelter in addition to losses to life and livestock. Chairing a meeting to review the flood situation in Balochistan, the prime minister was given a briefing on damages incurred thus far and ongoing rescue and relief operations. He stressed on ensuring the delivery of Rs. 25,000 in flood relief cash handouts to each affected family in addition to providing tents, essential commodities and safe drinking water.

Sharif also directed the NDMA, the provincial disaster management authority, the Government of Balochistan, and the Planning Ministry to take emergency measures to ensure relief for the afflicted population.

In a separate meeting, the federal government decided to hold a donors’ conference to apprise international institutions of the devastation caused by the floods. During the meeting, Sharif ordered the immediate provision of 40,000 tents and 100,000 ration packets to flood-impacted people, as well as expedited measures for reconstruction and rehabilitation. He also appealed the philanthropists to generously contribute to the P.M.’s Flood Relief Fund.

In its daily situation report for Aug. 22, the NDMA said that total casualties nationwide since June 14, when the current rainy season commenced, had risen to 820. The worst-hit province is Sindh, with 231 deaths—85 men, 35 women and 111 children—followed by Balochistan with 225 deaths; 105 men, 55 women and 65 children. In Khyber-Pakhtunkhwa, 166 people have died—49 men, 31, women and 86 children—while Punjab has reported 151 deaths consisting of 72 men, 40 women and 39 children. Pakistan-administered Kashmir has, thus far, reported 37 deaths, 24 men and 13 women, while Gilgit-Baltistan has reported 9 deaths—2 men, 4 women and 3 children. Islamabad has reported 1 death.

In addition to the devastating loss of life, reports are also mounting of damages to infrastructure and livestock. In Sindh’s Larkana district, more than 200 houses have been destroyed; overall the province has reported the complete destruction of 69,408 homes and partial damage to 180,678. It has also reported the loss of 2,884 livestock, with 627 in the past 24 hours alone.

Relief efforts in Balochistan have been hampered by road linkages being cut off due to flash floods, with the Punjab-Balochistan Highway still closed to traffic. In a bid to overcome this, the Pakistan Air Force has stepped in to aid relief efforts in Balochistan, Sindh and south Punjab. According to a statement, PAF medical camps treated 239 patients in the last 24 hours. Similarly, the Pakistan Army has been aiding the civil administration in flood-hit areas nationwide, with the Inter-Services Public Relations saying Army medical doctors and paramedic teams were treating flood victims. It said the Army had also set up free medical camps for the impacted population and were aiding in efforts to restore road linkages and communication infrastructure.

According to the NDMA, the people of Balochistan have reported losses of 500,000 livestock in addition to the destruction of 710km of roads; 18 bridges; and 7,167 homes. The province has also reported that 19,400 houses have been partially damaged by the monsoon rains.

The Federal Flood Commission on Monday forecast “very high to exceptionally high-level flooding” in Punjab’s Dera Ghazi Khan division, and the waterways of eastern Balochistan. It warned that that flooding in DG Khan could raise the water level at Taunsa Barrage to “very high flood” levels from Aug. 23-26 and noted that the same spell of spell could cause urban flooding in Sindh.

As the torrential rains continue, the Khyber Pakhtunkhwa government has declared a state of emergency in four districts—Dera Ismail Khan, Upper and Lower Chitral, Upper Kohistan—while relief goods have been airdropped in Punjab’s DG Khan and Rajanpur districts. Authorities have stressed that the water level in the Indus River is unlikely to subside before Aug. 26.