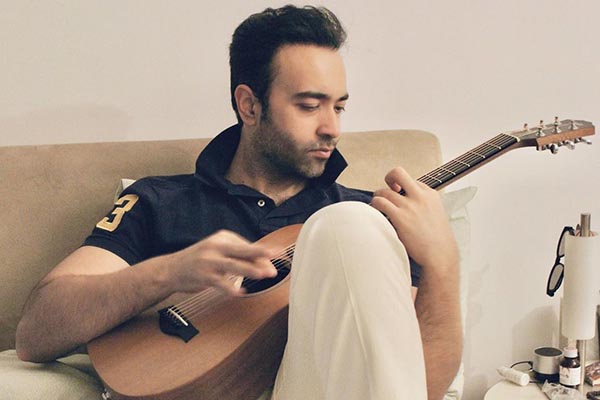 Farhad Humayun, founder and frontman of the band Overload, died on Tuesday, according to an announcement posted on the band’s official Facebook page. He was 42.

“The magnificent Farhad Humayun left us for the stars this morning. Stoic in the face of challenges, uncompromising in his values, generous to a fault, witty as hell! Fadi was far too ahead of his time, both in spirit and art,” read the announcement.

“He would want us to celebrate his life, so we request his family, friends and fans to honor him and say a prayer for him today. We can almost hear him say these words by David Bowie: ‘I don’t know where I’m going from here, but I promise it won’t be boring.’ Godspeed our gentle giant and thank you for creating a riot,” it added.

The post did not specify the cause of Humayun’s death, but he had announced in October 2018 that he been diagnosed with a brain tumor. However, he had revealed in November 2018 that he had “completely recovered” after receiving treatment.

A native of Lahore, Humayun was born in the English Channel Island of Jersey to Navid Shahzad and Shahzad Humayun. He obtained a Bachelors in Fine Arts in Painting from the city’s National College of Arts before studying audio engineering in London.

His musical career started when he was just 14, when he started playing the drums. In addition to Overload, he performed in the alternative rock band Co-Ven, and was the cofounder of metal band Mindriot. In recent years, he performed in Coke Studio.

Humayun had the distinction of receiving the highest number of nominations for a musician at Pakistan’s Lux Style Awards, with 13 nominations and two wins. He also ran his own entertainment and arts company, Riot Productions, and performed at the opening ceremony of Pakistan Super League team Lahore Qalandars.

News of Humayun’s death prompted an outpouring of support and tributes from fans, family and friends. Meesha Shafi, his bandmate in Overload, wrote: “RIP Fadi. Thinking only of the good times we shared.” She recalled that her musical career had started with Overload. “We were at loggerheads at times but made some undeniably good music on the way,” she added.

Actor Adnan Siddiqui said he was “shook” to learn the news of Humayun’s passing. “A young, talented life snatched by the cruel hands of fate way too soon,” he said and prayed for his soul to be granted entry into heaven.

Junoon’s Salman Ahmad, meanwhile, termed the news “very sad” and described Humayun as a “dear friend and innovative percussionist, talented composer.” Taimur Rahman of Laal added: “My cousin, Farhad Humayun, had passed away. He was an incredible musician and artist. An emptiness has taken the place of his larger than life personality.”