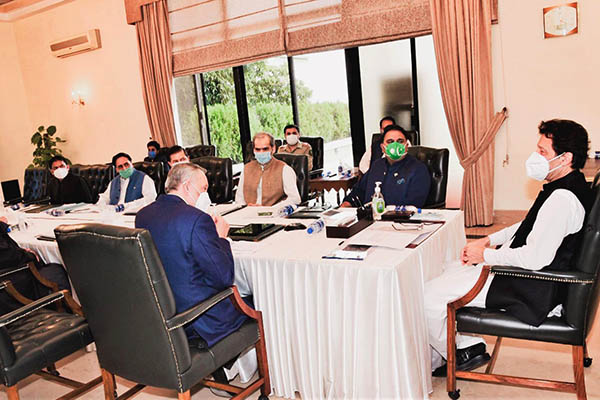 Prime Minister Imran Khan on Friday praised a proposed plan to utilize modern technology to boost agricultural yields, saying this would be a great boon to exports.

Chairing a meeting in Islamabad to review ongoing and upcoming projects of the Ministry of Science and Technology, Khan urged the stakeholders to utilize youth potential to achieve this goal. He also directed for the removal of any obstacles to their completion.

During the meeting, Science and Technology Minister Fawad Chaudhry briefed the premier about his ministry’s key projects, and achievements over the past two years, as well as its future plans. The prime minister said the country’s development was linked to the promotion of science and technology, and stressed on the early finalization of all projects that fall under this banner.

According to a statement issued by the Prime Minister’s Office, Khan was briefed on progress on a proposed University of Engineering and Emerging Technology that would be established at the site of the current Prime Minister’s House. He was also apprised on projects related to the provision of clean water supplies and relevant job for youth and women nationwide.

The meeting approved a proposed STEM project in collaboration with various universities to promote science and technology, engineering and mathematics at 400 higher secondary schools. In its first phase, special laboratories for modern science, technology, engineering and mathematics would be set up at 40 schools. In total, around 100,000 children would have access to education and training in modern sciences.

Minister Chaudhry also presented a roadmap to increase the manufacturing of medical equipment in a bid to boost exports.

The prime minister appreciated the efforts of Chaudhry and his ministry for boosting the local manufacturing of personal protective equipment, ventilators and other related gear during the coronavirus pandemic.

In addition to Khan and Chaudhry, Commerce Adviser Abdul Razzak Dawood, the Finance secretary, the chairman of the Federal Bureau of Revenue, and other senior officials also attended the meeting.